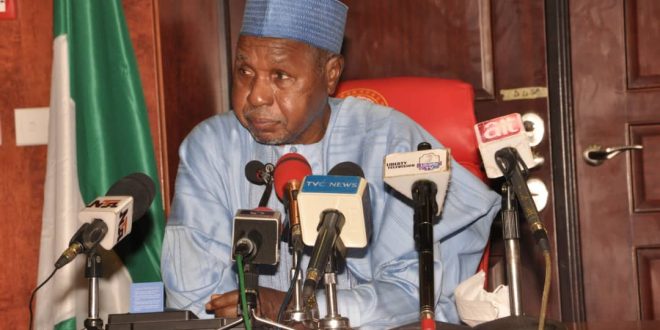 From Our Correspondent
Sequel to the recent Supreme Court judgement on local goverments in Katsina state, Governor Aminu Bello Masari has disclosed that his administration is ready for the conduct of local government election in the state.
Masari made the disclosure today in an interview with newsmen.
He added that the government is 70 per cent ready for conducting the election in all the 34 local councils in the state.
The governor noted that the government had rehabilitated the state Independent electoral commission while new vehicles according to him were provided for the commission.
He further disclosed that the government will study the supreme Court judgement and find ways of settling the entitlement of the council’s members.
He added ” we have since started paying some of them”.
Share