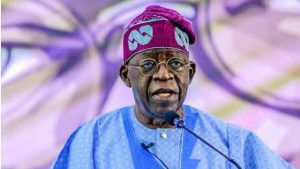 Zamfara State All Progressives Congress APC has fashioned out plans to mobilize one million votes for Tinubu/Shattima Presidency in the forthcoming 2023 general elections.

This was made known by the state Chairman of the party, Hon.Tukur Umar Danfulani at the inauguration of the state executives of The Asiwaju Group (TAG) held at Karma Guest House, Gusau.

The Chairman who was represented by the state Publicity Secretary, Mallam Yusuf Idris Gusau, said Zamfara State APC chapter has already fashioned out the plans on how to mobilize one million votes for Tinubu/Shattima Presidency in the state the arsenals of which will be implemented soon.

He said that Zamfara is predominantly an APC state with over one million registered members and the party leadership has already concluded all arrangements to mobilize those votes accross the state for the duo of Tinubu and Shattima.

He pointed out that with governor Matawalle as the coordinator of the Northwest Presidential campaign, the party will extend its tentacles to all the nooks and crannies of the state to even garner more votes

The Chairman further said that the APC is the only party that is more united in the country with all its stakeholders still in one house unlike the other opposition parties whose division is noticed right from the leaders who fight each other in all the nations geographical zones.

He also commended the APC leadership for appointing a very focused and dedicated leader of the State APC, Governor Bello Mohammed Matawalle who he explained, will work day and night for the overwhelming victory of the party’s presidential candidate in the zone.

The Chairman added that the APC is the only reliable political party in the country and assured to support the conduct of all elections even beyond the 2023 general elections.