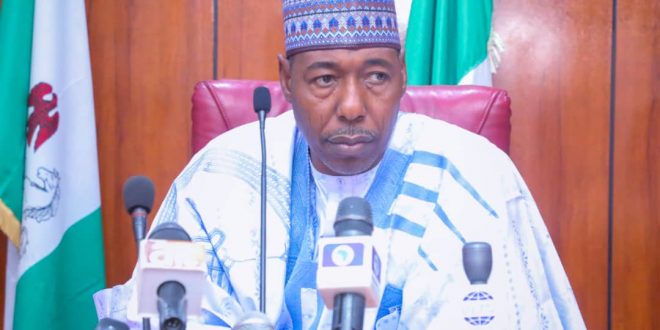 Governor Babagana Umara Zulum has approved the appointment of Dr Gambo Maidugu Saljaba as the provost, College of Education, Waka-Biu.
Spokesman to the Governor, Malam Isa Gusau announced the appointment in a statement issued on Tuesday.
The statement noted that Until his elevation, Dr. Gambo was a deputy provost at the College of Education, Waka-Biu where he has been working for 23 years. Dr Gambo joined Waka-Biu in 1998 as lecturer,  before he rose to become a Deputy Provost in 2019.
Governor Zulum, the statement said, congratulates the new Provost, while expecting the highest level of commitment and integrity from him as he continues his service to the people of Borno.
Share