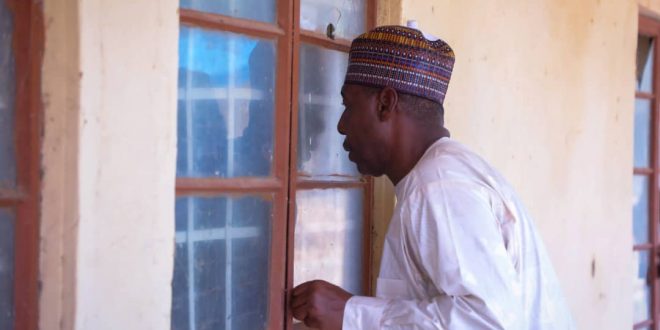 Zulum in Monguno, inspects works at new polytechnic, other schools

Borno State Governor, Babagana Umara Zulum has paid a visit to Monguno, where he inspected work at new federal polytechnic and other ongoing projects.

The Governor had arrived Monguno on Friday and returned to Maiduguri same day. While in Monguno, Zulum assesed destruction at Federal Government Girls College Monguno, rehabilitation work at a temporary site for Monguno’s federal polytechnic. 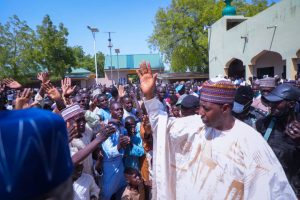 Zulum assured that the institution would soon start academic activities.

Recall that, Zulum had approved the release of N100m for Ministry of Higher Education, Science, Technology and Innovation to use N50m for rehabilitation of the polytechnic’s temporary site, while N50m was for the polytechnic’s take off. 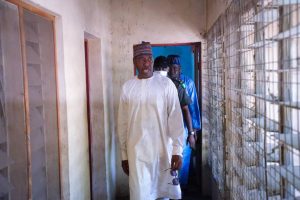 Zulum, was also at Federal Government Girls College Monguno, where he assessed destructions caused by insurgents at the School.

Governor Zulum later performed Friday prayers, after which he addressed thousands of muslim faithfuls, to discuss measures towards safe reopening of farmlands.

He noted that, President Buhari had during his visit to Maiduguri last week ordered the security operatives and the state government to come up with modalities that will allow farmers return to their farms.

Zulum enjoined citizens to cooperate with security operatives, by reporting all suspicious movements or activities that enable them maintain law and order. 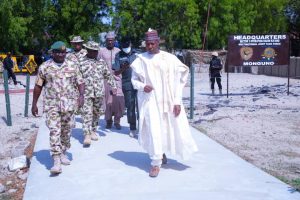 Governor Zulum also announced his administration’s plan to rehabilitate all the road network in Monguno town within one year.

Thousands of IDPs taking refuge in Monguno were denied access to farmlands due to insurgency and military operations, a situation which Zulum said, could pose serious humanitarian crisis and food insecurity in the northeast region. 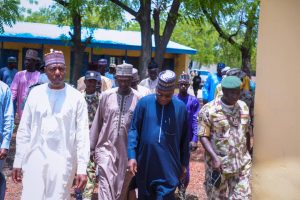