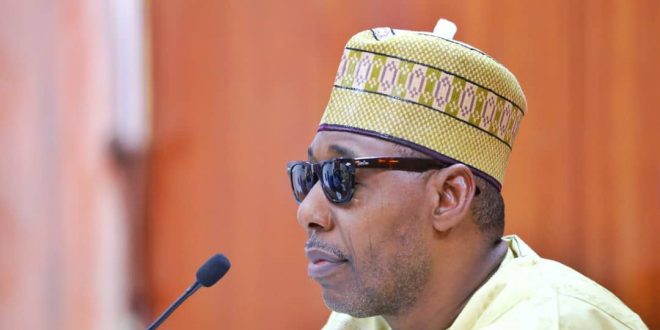 Another committee is to facilitate the safe and dignified resettlement of displaced citizens back to Gudumbali and Mairari towns, both in Guzamala Local Government Area of northern Borno.

The 26-member committee to handle refugees repatriation and repentant insurgents is headed by the Deputy Governor of Borno State, Umar Usman Kadafur, with the state’s Attorney-General and Commissioner of justice, Bar. Kaka Shehu Lawan standing in for the Deputy Governor who’s engaged with Hajj issues. 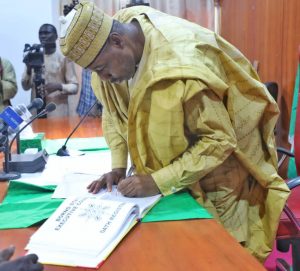 The committee has a member of the National Assembly, Commissioners, Advisers, representatives of resident security agencies, Borno Emirate Council, the North East Development Commission, and the National Commission for Refugees, Migrants and IDPs.

The committee is to facilitate continued repatriation of over 200,000 refugees, mostly from Borno State, who fled to border communities in neighbouring Niger Republic, Cameroon and Chad since 2013 and 2014, following attacks by Boko Haram.

The same committee will henceforth lead the state’s coordination of responses to mass surrender by thousands of Boko Haram and ISWAP fighters, requiring demobilization, disarmament and reintegration through procedures that align with international best practices.

For the committee on resettlement of Gudumbali and Mairari towns, Governor Zulum assigned Commissioner For Local Government and Emirate Affairs, Sugun Mai Mele, who hails from the affected Guzamala Local Government while Commissioner for  Reconstruction, Rehabilitation and Resettlement, Engr. Mustapha Gubio, will co-chair, amongst 22 other members.

Addressing the committees, Zulum said: “You may recall that Mr President (Muhammadu Buhari) in February, constituted a committee under the Vice President, on repatriation of Nigerians who fled to Chad, Cameroon and Niger Republics. The committee will soon visit Borno State, we should, therefore put in place some resident structures that will work with them to ensure speedy and successful return of our people”, Zulum charged.

Co-chair of the committee, Barrister Kaka Shehu Lawan, thanked Governor Zulum for giving them another opportunity to serve the state. He assured him of their commitment to achieve the set objectives.

Also on Monday at the Government House, Governor Zulum presided over the swearing-in of Zuwaira Gambo as commissioner for women affairs and social development. 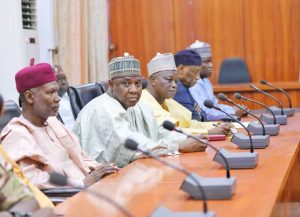 Gambo missed last week’s swearing-in of her 19 fellow commissioners because she was in Egypt on official engagement.

She was screened and confirmed by the Borno State House of Assembly after her return.

Alongside Gambo, the governor also presided over the swearing-in of Dr Hyelni Mshelia as a new permanent secretary who, until her elevation, was a director at the Borno State Primary Health Care Development Agency.

Still on Monday in Maiduguri, Governor Zulum inaugurated the Ramat Polytechnic Governing Council which is chaired by Barrister Isa Modu Chul with 14 members.

The governor directed Secretary to the State Government to outline the council’s mandate in order to avoid duplication of duties with the polytechnic’s management.

He charged both the governing council and the polytechnic’s management to work harmoniously in order to enhance the productivity of the institution.

Governor Zulum directed the Commissioner of Higher Education, Science, Technology and Innovation to ensure that governing councils of all tertiary schools across the state are either constituted or re-constituted, depending on their statuses.