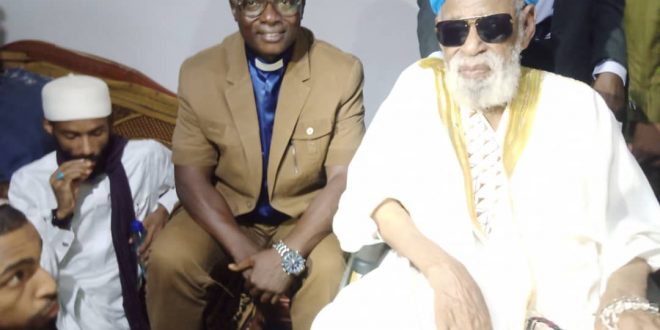 A delegation of christian clerics from some part of 19 northern states of Nigeria under the leadership of pastor yohanna buru has visited the house of sheick Dahiru usman Bauchi with the aims of joining other Muslim Scholars In Breaking Ramadan iftar breakfast to strengthens Christians -Muslims relationship.

According to pastor yohanna buru, the General Overseer of Christ Evangelical and Life Intervention Ministry, Sabon Tasha, kaduna. They came to break fast
with their Muslim counterparts at the residence of a renowned Islamic Scholar, Sheik Dahiru Bauchi this evening to enhance good relationship.

While stressing that for the past 11th years they have taken peace campaign during iftar to mixed and interact with most of Nigerian Islamic scholars, including the Sultan of Sokoto, Alhaji Abubakar Sa’ad , Sheikh Ibrahim Yakub elzazzaky, sheikh Dahiru Bauchi ,Sheick salihu mai-barota, Sheick Mohammed ibn Abdul of Niger State, as well as to some neighbouring African countries like Niger-republic and Benin –republics, with the aim of preaching and promoting peace and unity during iftar. 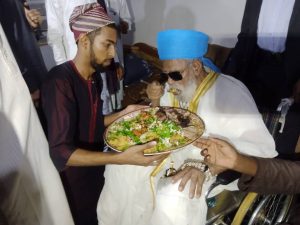 Buru pointed that Ramadan Iftar provide Golding opportunity for Christians to interract with Muslims and promote better understanding among the adherence of the two religions.

The leader of the Christian delegation said the event which was the 11th times was also meant to promote interreligious relations, dialogue, peace, unity, forgiveness and tolerance among adherence of the two Nigerian religion.

“We are doing this to enhance unity and to promote inter religious harmony and to avoid all forms of ethno religious, political and communal crisis bedevilling peace stability in the region ”.

“we have been coming for many years with our reverends, pastors, evangelists and church elders to meet and interact with top muslim scholars for the breaking of Ramadan fast for peace and unity” Buru reemphasized.

This year Ramadan comes amids of high cost of food stuffs in the markets, general insecurity challenges and tensions due to terrorism, banditry and kidnapping in the region, hence to join hands towards calling on all Nigerians to embacks on ceaseless prayer for God intervention to bring an end to instability affecting all nations.

” we must remember that we are one family under God ”
“we both have holy books from one God ”
“we are children of Adam and eve, we have many things simiar “.

Responding sheick usman dahiru bauchi expressed happiness for the visit while thanking the Christians from various northern states for promoting peace and unity in the country.

He emphasized the need for more prayer in the land for Nigeria to over come the current situation. 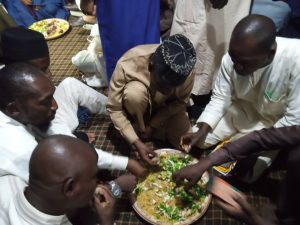 While calling on leaders to remember the day of  judgement, urged Muslim and Christian to always live in peace and harmony with one another.

The man of God says, our good friend former minister of sport barister Solomon dallung was unable to attend this year event, but sent his messages of best wishes to all Muslims a successful Ramadan 2022.