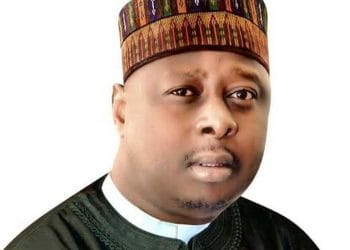 The people of Kaduna State and all other Nigerians are witnesses to the on-going sack of workers by the Administration in the State under Malam Nasir Ahmed el-Rufa’i. It must have, by now, been clear to everyone that the disengagement of workers has almost become a policy of the Kaduna State Government since the All Progressives Congress [APC] assumed power  in 2015 as a result of which several thousands of  staffs of the State Government and the 23 Local Governments have been laid off.

In a statement Signed by Right Honourable Isa Mohammed Ashiru, Sarkin Bai of Zazzau made available to journalist in Kaduna revealed that.

“If the number of the victims of the retrenchment policy is added to the number of people whose businesses have been destroyed, it can easily be seen that the total number of those people who have been denied means of livelihood is frightening. As it is now, the victims of the actions of the State Government in both the formal and the informal sectors, a lot of whom are experienced civil servants, skilled artisans and entrepreneurs have already turned into scavengers”, he said

“It is particularly shocking that rather than the APC-led Kaduna State Government to utilize the well-established Civil Service Sector in the State for the delivery of essential services to the people, it has unfortunately chosen to adopt an approach that continuously cripples it”.

“This particular attitude which has now rendered Ministries, Departments and Agencies [MDAs] as well as Local Governments weak and ineffective is a clear indication of the low understanding and appreciation of the critical contribution of this vital Sector to the growth and development of the State”, Ashiru revealed.

Moreover, both the timing and the scope of the series of retrenchment of the workers are testimonies to the fact that the current Administration in Kaduna State is insensitive to the prevailing harsh living condition of the people which clearly is the product of its own policies.

Isa Ashiru said, A reasonably sensitive government would have weighed the implication of such an action, especially at this time of heightened insecurity and extreme poverty.

While I sincerely sympathize with the victims of the sack and their families, I also wish to call on the Kaduna State Government to initiate a process for the immediate payment of the full benefits of all those already affected by its action as any further delay in this regard can be justifiably interpreted as a deliberate attempt to inflict more pains on them.

The payment of the entitlements should be a priority of the State Government so that the sufferings of a lot of families can be reduced.