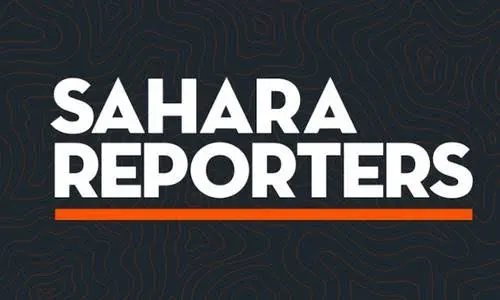 A Professor of Arabic, Prof.Mohammed Shafi’u Abdullahi has condemned Sahara Reporters,an online news outfit for its blasphemous story against the prophet of Islam aimed at causing religious tension in the country.

Shafi’u Abdullahi made the condemnation while reacting to a recent publication by the online media that published a statement issued by Yoruba cultural movement, Afenifere.

He said the News media is known popularly for attacking the religion of Islam therefore took advantage of Afenifere story to push out their conceived hidden mission.of anti-Islamic agenda.

Prof.Shafiu who is also the Registrar, National Board for Islamic and Arabic Studies, NBAIS, Kaduna, advised that Sahara Reporters shall be duely sanctioned by the regulating body for the peaceful and harmonious coexistence of Nigerian society.

He noted that just recently, the online media has published a malicious,bias and unvarified story on the board where it alledged that the board is one-sided in it’s recruitment of staff process.

The Registrar said the Media blamed him in person for recruiting staff only from his home town, Zaria,contrary to rules of federal character.

He also recalled how the board was accused for misappropriating billions of naira without executing any tangible project, wondering if the mother Federal Ministry of Education has billions of naira to spend,talkless of NBAIS.

Prof. Abdullahi said Thesame Sahara Reporters aledged fraudulent spending of staff salary in the board and wondered how that can be possible even with the implementation of IPPIS where salary payments for all ministries, parastatals and agencies are being paid from Abuja.

The Arabic Professor however advocated for the immediate sanction of the media outfit while urging Muslims to disassociate themselves from the online media and regards it as enemy to their religion.