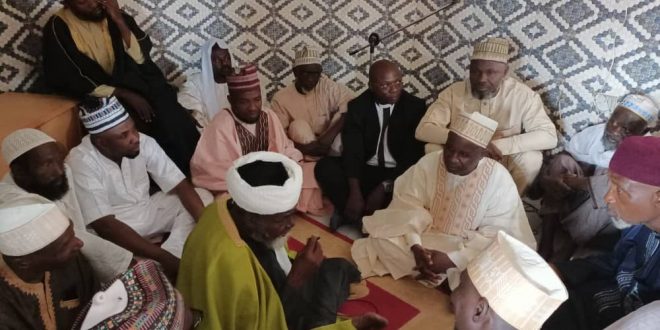 From Ibraheema Yakubu In Kaduna
As the world celebrate united nation international Friendship day, with the theme of 2021 (Sharing the human spirit through good  friendship)
The general overseer of Christ evangelical and life intervention ministry pastor yohannau buru has a led a delegation of some muslims and Christians clerics during the week to some scholars with the aims of interacting, and dialoging on various ways of promoting peace and unity toward strengthening better understanding among different faith base organization in the state. 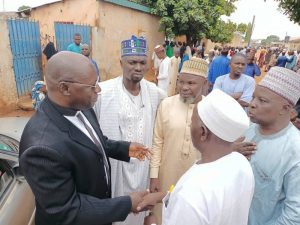 According to him, there is need to strengthening good relationship between Christians and muslims scholars in the state ,so as to teaches their followers the importance of tolerance, forgiveness and accommodating each other in order to move the country ahead
During the week to mark the international friendship day, the cleric and his team has meet with many Christians and muslims scholars including the followers of traditional religion with the aims of strengthening good relationship
The Christian cleric says Our world faces many challenges, crises and forces of division  such as poverty, violence, and human rights abuses  among many others  that undermine peace, security, development and social harmony among the world’s peoples
Covid 19 pandemic and high cost of price of foodstuff in the country couple with kidnapping and banditry activities has affected peace stability in the country,hence the need to joined hand toward promoting peace in the country
While Stressing that to confront those crises and challenges, their root causes must be addressed by promoting and defending a shared spirit of human solidarity that takes many forms — the simplest of which is friendship 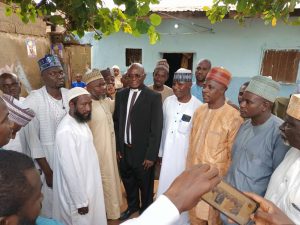 Buru note that the aims of the international friendship day is to promote Good relationship with all mankind  world-wide irrespective of his religion, ethnicity, tribe,culture,race,color,hight,nation etc
He said, Through friendship  by accumulating bonds of camaraderie and developing strong ties of trust — we can contribute to the fundamental shifts that are urgently needed to achieve lasting stability, weave a safety net that will protect us all, and generate passion for a better world where all are united for the greater good.
Adding that every year, the church used to share praying matt and plastic kettles to many mosques in the states, as well as some muslims also used send some materials to the church in order to stherenthening Christians-muslims relationship in the state.
Stressing also that such a gesture has help tremendously in promote religious tolerance and better understanding  among different faith base organization in the state
“ instead of celebrating the UN one day event, we used one week through visiting scholars and other stake holders in promoting peace stability in the state”
“we are one family under God,hence the need to joind hands in making Nigeria a better place”
Responding Mallam Gambo Abdullahi Barnawa,pointed that there is a good relationship between muslims and Christians in the state
He said, there is need to promote tolerance and better understanding among different faith base organization in the state
Adding that we are all created by one God,hence the need to promote peace and unity to all human being
While wishing all muslims and Christians all over the world happy international friendship day, he equally draw the attention all scholar toward visiting tradition religious believer of joining hands together in promoting religious tolerance and better understanding
Recalled that UN international friendship day is usually celebrated on the 30th of every month of july annually
The International Day of Friendship was  proclaimed in  2011 by the UN General Assembly with the idea that friendship between peoples, countries, cultures and individuals can inspire peace efforts and build bridges between communities.
Share