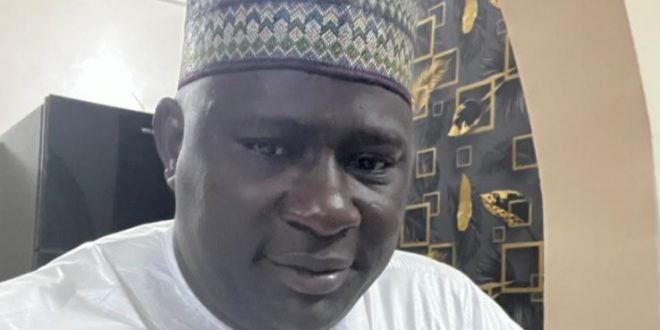 …A LAWYERS  PROGRESSIVES FORUM DEMANDS TO PRESIDENT BUHARI
IN A PRESS RELEASE SIGNED BY LAWYER ABUBAKAR A KURAWA For: Arewa  Lawyers  Progressives Forum, MADE AVAILABLE TO NEWS MEN IN KADUNA REVEALED THAT THE ACTIVITIES OF EFCC AGAINST SOME PERSONS IN FAVOUR OF OTHERS IS NOT GOOD.
THAT IS WHY WE ARE CALLING ON PRESIDENT BUHARI TO SET A COMMITTEE  TO INVESTIGATE BAWA AND HIS TENDENCIES OF SELECTIVE TREATMENT OF SUSPECTS.
Because the statement says “It’s no longer  news in Nigeria that EFCC, an agency established by the law to investigate and prosecute economic and financial crimes, but now the allegation is that Efcc, have in recent times derided into political persecution, media trial and selective treatment of cases”.
“Time without number the agency tend to pursue cases not with the aim of nipping corruption in the bud, but with the clear intent of scoring cheap political points, to the exclusion of serious cases which if diligently investigated would have unravel huge cases of financial crimes against the state.So many cases of alleged economic sabotage and embezzlement, cases which under normal circumstances deserves the strong search light of the commission are being ignored only to pursue trivial matters targeted at some individuals”.
The Lawyers Forum further revealed that “For An example of such cases which if investigated properly may open up one of the biggest heist in history is the case of NIMASA where an allegation is made against the DG for diverting humongous amounts of money”, as they mention in the statement.
The Director General himself in a letter even, asked the commission to investigate the allegations thoroughly, and to be prosecuted if found guilty , yet but according to the allegation, the commission swept the matter under the carpet without doing the needful. 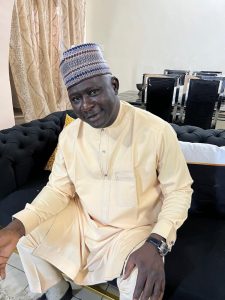 Suddenly, some documents became viral in which the same NIMASA is seen to be sponsoring three siblings of the EFCC Chairman for a graduate program abroad.
So many are of the opinion that, probably that may be the reason why EFCC turn a blind eye on case of that magnitude.
This is just an example of one of so many cases. As young Nigerians we are bothered because we see the appointment of BAWA as milestone.
In matters of governance, we rejoice because Our pair is heading an important agency like EFCC, but the scorecard of the Chairman is fast eroding our jubilation. We are no longer certain whether in future such great opportunities will come to young people.
There is no doubt that the main reason why EFCC are mostly losing there cases in court is due to their penchant for selective treatment, lawlessness and more often, total disregard to the established principles of the Law.We are by no means trying to defend proven criminals, we harbor no sympathy for such elements, but we are talking about doing things the right way. A spade must always be called by its name.
As progressives members of THE BAR from the NORTH we can’t sit back while such injustices are being meted.
We call on Mr. Chairman to treat cases on their merit and size.On this note, THE AREWA  LAWYERS  PROGRESSIVES FORUM is calling on The Economic and Financial Crimes Commission and it’s Chairman, to desist from any act or omission that will drag the Agency’s name in the mud and subject their activities in disrepute.
“We also call on President Muhammadu Buhari to, as a matter of necessity, constitutes a committee to investigate all the heavy allegations against the Chairman of EFCC”.
This is very important in order to clear the doubt of Nigerians on the Chairman and the Commission.
If at the end it turn out the Chairman is innocent the President may reinstate him back.
The statement from the Lawyers continued as saying “if the President fails to address this issue we planned to go to court  for an Order compelling the President to do so”.
“We will also embark on peaceful protest and conference to ensure that the President heed to our demands.Signed”, the statement revealed.
Share