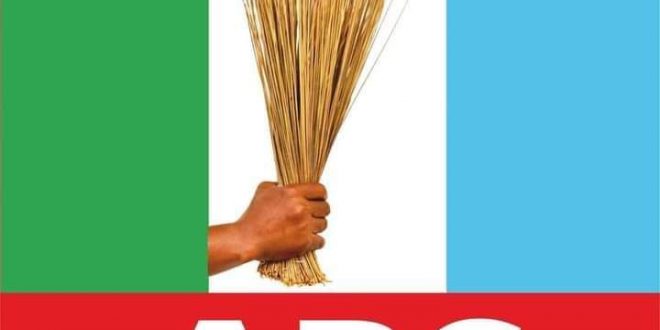 In a statement Signed by Yusuf Idris Gusau
APC Publicity Secretaru Zamfara State and made available to news men revealed that.

Today the state coordinator met with Community Based Institutions to further discuss the ability and capacity of the APC in the country.

The meeting which held at the Government House, Gusau had the leaders of various communities in the state in attendance

Presenting his reasons for supporting Senator Ahmad Tinubu before the renowned community leaders, Senator Kabiru Marafa said it is due to Tinubu’s honesty, fairness, sincerity and trustworthiness and that he stands strong in the fear of God.

He solicited for their support in the areas of Mobilisation especially at gatherings for people to support and vote for APC candidates.

He added that as leaders who live closest to the people from the grassroots up to the state level, the leaders are highly respected and well disciplined among communities and their words are usually accepted and worked with by their followers including students.

He described Tinibu’s record of service while he was governor of Lagos as marvellous, unmatched and has been acknowledged by all for the turn around in strategic economy and job opportunities while the foundation he layed is still working and is speaking volumes of Tinubu’s personality.

The Coordinator also assured that as APC candidates, if voted, they will make Nigeria the of hub of Africa’s economy and urged the people to continue praying for the return of peace in the state and the country at large.

In his response the Chairman Zamfara State Council of of Chiefs, Alhaji Attahiru Muhammad Ahmad on behalf of all the Community leaders, declared their support to the candidature of Asiwaju Bola Ahmed Tinubu and Governor Bello Matawalle through upholding the core values of unity and economic development of their various communities.

He promised to play the fatherly role as expected in guiding their subjects to a more appropriate direction that will bring sustainable political stability in the state and the country especially on matters of security.

The monarch appealed for tolerance among all the political class in order to have more prosperous state and the country even after the elections.