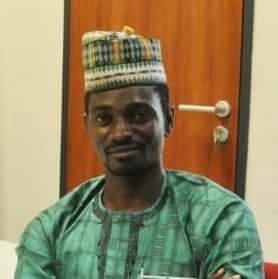 This was conveyed to him via a letter signed by the Director General, Ambassador Aliyu Bin Abbas, dated April 4, 2021.

“The Atiku Care Foundation is delighted to promote you, Jacob Onjewu Dickson, as the National Director of Media and Publicity of the foundation.

“The promotion is in recognition of your track record in the foundation image projection, community engagement, leadership, interpersonal skills, and most importantly the success you recorded in media, communication and journalism corridors,” it said.

The letter further said that the Foundation has evolved over the years and has become a centerpiece that promotion excellence, professionalism, teamwork, cooperation and interplay of creative ideas, which ensure that our goals,

mission and vision are pursued vigorously to achieve results.

“Therefore, the foundation hopes that you will bring your wealth of experience and expertise in executing your functions to the best of your ability.

“Please accept the assurance of my best wishes in your new position!” It added.

Before his promotion, Onjewu Dickson served as the spokesman to the Director General.

He initially served as Director Media and Publicity of Atiku Care Foundation Kaduna State, before he was promoted to serve same role at the North West zone, from where the Director General moved him to serve as his spokesman.

A graduate of Mass Communication, he has gatheted 16 years of experience in journalism, earning several awards within the period.