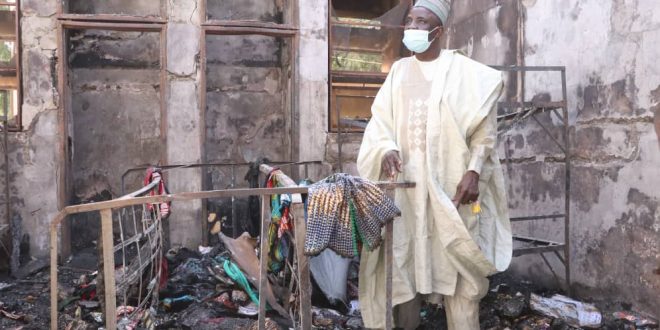 Danfodiyo Varsity,Sokoto, denies death of 2 female students as a result of hostel inferno

Danfodiyo Varsity,Sokoto, denies death of 2 female students as a result of hostel inferno
By Our Special Correspondent
The Management of the Usmanu Danfodiyo University, Sokoto, has refuted a story insinuating the death of two female students, as a result of a fire incident at the Block ‘”M”, Female Hostel, at it’s Main Campus, in Sokoto.
The block “M” , Down Valley hostel, was gutted by fire in the early hours of Monday, February 1,2021, resulting in the destruction of multi-million naira properties, credentials, cash and other valuables of no fewer than sixty eight female students . 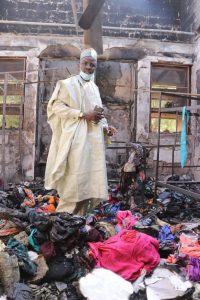 Reacting to the ugly development, the Vice Chancellor of the University, Professor Lawal Bilbis however expressed happiness that,no life was lost as a result of the blaze .
Speaking when he conducted newsmen round the gutted hostel, represented by the Dean, Students Affairs, Professor Aminu Mode, on Tuesday, Bilbis disclosed that, only three students were injured .
According to him, two of the injured students had since been treated and discharged from the University’s Clinic, while the third one who was referred to the Usmanu Danfodiyo University Teaching Hospital, Sokoto, where she was responding to treatment. 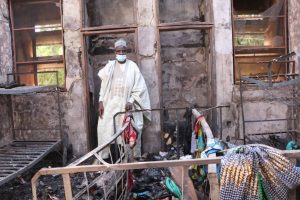 Bilbis said that , the blaze was suspected to have been caused by an explosion of a gas cylinder from one of the rooms of the ill-fated hostel.
The VC further disclosed that, several of such gas cylinders had since been seized from the students , while the Matrons had been directed to strictly enforce the ban on the use of gas cylinders, electric cookers and water heaters .
Bilbis stated that, only kerosene stoves were allowed to be used in the hostels and threatened to reprimand any students found to be flouting the ban.
He disclosed that, all the affected students had been reallocated new hostel accommodation, while they were also given new mattresses and pillows.
” We will try our possible best to assist them in terms of their lost credentials, as well as render immediate assistance to them for their subsistence ,” Bilbis, added .
Meanwhile, the Management of the University had set up a seven man Committee, to investigate the immediate and remote causes of the inferno, as well as advise on the possible long term assistance to be offered to the affected students .
He commended the Institution’s firemen and those of the Sokoto State and Federal Fire Service Departments, for their invaluable efforts in helping to put out the blaze.
Bilbis also appealed to the State Emergency Management Agency and the National Emergency Management Agency ,to assist the affected students .
On a sad note, Bilbis lamented that, two female students, who were returning to Sokoto some few days ago, had lost their lives, as a result of a road traffic crash that occurred near Yauri, along Ilorin to Sokoto highway .
He stated that, three other students, who were injured as a result of the accident were currently receiving treatment at UDUTH Sokoto, with their medical bills being handled by the management of the University.
Share