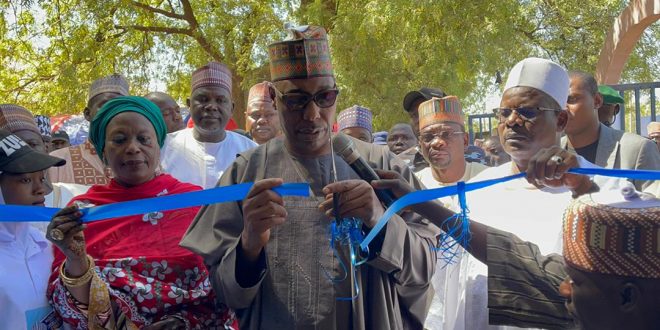 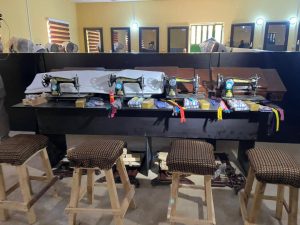 The Governor’s second day was marked by commissioning of a skills acquisition centre donated by the state’s Commissioner of Women Affairs and Social Development, Hajjiya Zuwaira Gambo.

During the commissioning, Zulum announced support to about 200 beneficiaries jointly sponsored by the governor’s Deputy Chief of Staff, Alhaji Haruna Hassan Tela, and Hon. Salisu Ibrahim, a board member, Borno State Housing Cooperation. 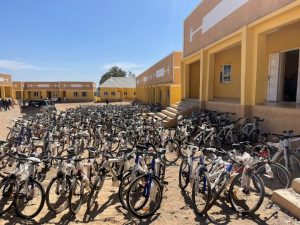 Governor Zulum also commissioned a newly built Government Secondary School in Yimir Dalang also in Kwaya Kusar. The school has 20 classrooms to accommodate 1,000 students and has 4 blocks of 1 and 2 bedrooms staff quarters.

The Governor directed the recruitment of new teachers to be identified from qualified residents of Yimir Lang community.

He also distributed over 300 bicycles to students who used to trek from neighboring villages to schools. 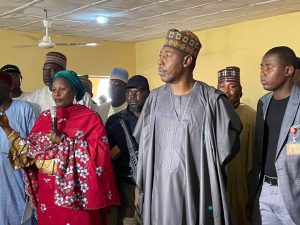 At Ganjiwa town also in Kwaya kusar, Zulum directed the construction of a new secondary school in the year 2022.

At the commissioning, the state’s Commissioner of Education, Engr. Lawan Abba Walkibe, recalled that in the last two years, the Zulum administration has constructed 21 mega schools of 60, 30 and 20 classrooms capacities, constructed over 432 classrooms in 48 schools and completely rehabilitated 39 schools.

The commissioner noted that the government has procured 231,000 sets of Mathematics, English, Chemistry, Physics and Biology textbooks to be distributed for free to students.

Before leaving Kwaya Kusar, Governor Zulum inspected the town’s General Hospital and directed the Hospital Management Board, HMB, to submit all a needs assessment report.

“This hospital lacks a lot of facilities, submit all your requirements to the CMD, we will make sure all your needs are provided. We will prioritize them and make sure that we provide them as soon as possible”, Zulum said after his assessment.