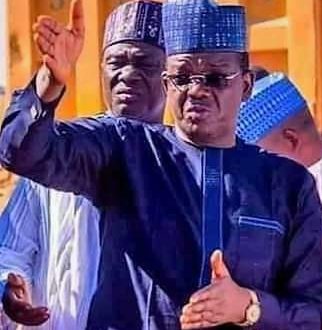 Zamfara State Executive Governor Hon. Dr. Bello Mohammed Matawalle MON ( Shattiman Sakkwato) has assured the state’s civil servants that in spite of dwindling resources characterized by impact of COVID-19 Pandemic on global economy and banditry activities in the state, his administration will not take decisions that will be detrimental to their welfare.

In a statement Signes by YUSUF IDRIS GUSAU
Director General, Media Public Enlightenment and Communications made available to journalist revealed that.

The governor gave the assurance in his Id-El-Fitr Sallah goodwill message to the people of the state.

While observing  that many states having suffered from the current trying times causing such state government to consider reducing their workforce, Matawalle maintained that such will not happen under his leadership.

He said, intead, his administration has continued to evolve ways of meeting the demands of the people through the purchase of a range of food products, which were distributed across all the State’s 2,516 polling units, provision of assistance to a number of Islamic centres throughout the State in order to sustain the government’s food  distribution efforts during the Holy Month.

Similar gesture was also extended to the state’s Council of Chiefs, Remand Home, Orphanages, and Civil Servants, 40,000 pieces of shadda and atamfa clothing materials were purchased and distributed to orphans and other less privileged individuals to enable them celebrate the IdulFitri in a happy state of mind.

In order to give a sense of belonging to those in prison custody, the state government also donated 400 bags of assorted grains to the inmates of Gusau Correctional Facility in the spirit of the holy month of Ramadan.

He said despite the threats posed by banditry and its repercussions, in addition to the cash crunch, his administration is leaving its mark on the sands of time by mobilising resources to execute a number of public projects across the State.

He congratulated the Muslim Umma in the state for witnessing another Ramadan and Sallah and thanked philanthropists for giving out their wealth to orphans, widows, and other vulnerable groups in the society all in the spirit of the holy month of Ramadan expressing hope that they will continue with this humanitarian gesture beyond Ramadan.

He also commended Islamic scholars, preachers and religious leaders for preaching peace throughout the Holy Month and appreciated the continuous support and prayers of the people of the state to the government urging parents to ensure that their children dress modestly always.