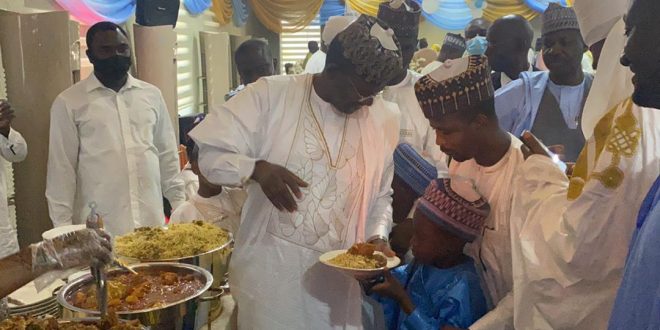 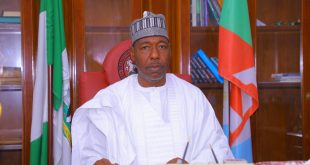 Zamfara State Executive Governor Hon. Dr. Bello Mohammed Matawalle MON (Shattiman Sakkwato) today treated orphans to a sumptuous breakfast at a special Sallah breakfast he organised in their honour just as other children are being honoured by their parents.

In a statement Signed by YUSUF IDRIS GUSAU
Director General, Media Public Enlightenment and Communications, made available to journalist revealed that.

The breakfast was held at the Round Hut, Government House, Gusau under a very conducive and serene atmosphere with decorated and roundly designed chairs.

Governor Matawalle has since announced the orphans as his children, also said the state Government will continue to provide them with all the necessary support they deserve.

The governor further stressed the fact that the orphans were destined to be who they are at this point in time by the singular act of God, thus they should not be abandoned, rather they should everyone’s concern deserving greater care because no one knows what the future holds for them. 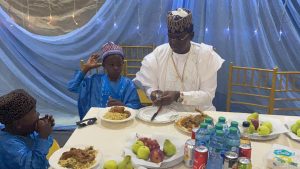 He assured that the Government will do its best in catering for their educational and social support in order to make them equal with members of the society.

Matawalle also urged well to do individuals in the state to assist orphans and the less priviledged children in the state.

He pointed out that assisting orphans as instructed by the Almighty Allah is rewarding and also a way of getting mercy and blessings from the Almighty.

Matawalle also urged the orphans to pray hard for the return of peace in the state and the country at large.

Others includes, Principal Private Secretary to the Governor, Lawal Umar Maradun, heads of Security agencies in the state, politicians and senior government officials. 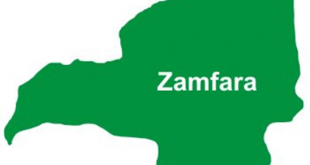