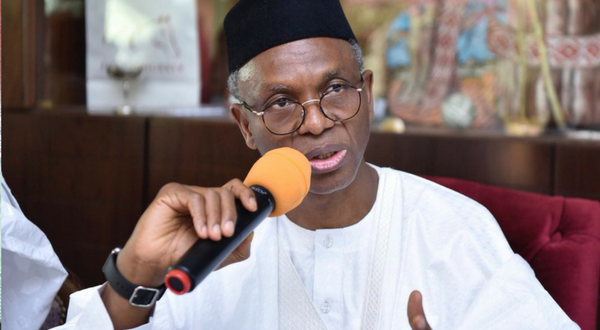 FROM OUR REPORTER IN KADUNA

The Isa Ashiru Campaign organization here by commend Gov Nasiru El-rufa’i for coming out boldly to admited that APC governments both at the states ,local and national levels have failed Nigerians.

“We believe that Gov El-rufa’i took this decision after realizing that,they can’t blame PDP any more or continue to deceived people that all is well”.

How ever the statement revealed that, the governor statement is rare courageous action but as a democrat they should resigntheir position honorably,”is the only thing to do is to immediately resign as gov and also advise president Buhari who is the commander in chief to also resign so as to allow INEC to conduct fresh election to enable people with the required competence and commitment to the plight of ordinary Nigerian in general and Kaduna state in particula,for a single reason that we need leaders that have the capacity to move the country and Kaduna state forward”.

The statement furher stated that “the open admittance of their failure has automatically disqualified them from fielding candidates in the 2023 general election”.

We there for call on the good people of Kaduna state as matter of urgency to take this open admittance seriously and vote all of them out in the next general election.

The organization wish to offer it heart felt condolences to both federal and Kaduna state governments and indeed to the families of those killed in the recent train attack and even other attacks across the country, may their souls of those killed rest in peace ,the injured to have a speedy recovery and those kidnaped safe return to their families.

” we want to remind those in authority that,open admittance of failure and indeed other rhitorics are not acceptable any more”.

What Nigerians need from them is not deceiving attitude, but only action to stop this babaric actions by the terrorists,they should know that,posterity will continues to judge them as a group of power mongers, who came to power based on massive propaganda that led to deceiving the general public, but at the end, now people realised that with the public admittance, that ,they have failed.

Previous KDSG receives belongings of passengers on attacked train.
Next PDP TRYING TO PROFIT FROM A NATIONAL TRAGEDY