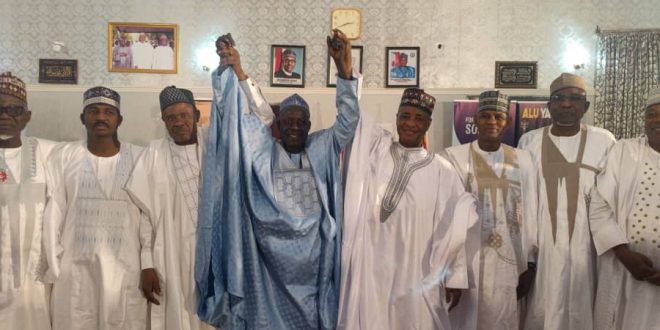 In a statement Signed by Bashar Abubakar.
S.A Media to Senator Aliyu Magatakarda Wamakko and made available to newsmen revealed that.

Yarima said before he joined APC, his mind was always with the leadership of the party especially its leader, Senator Aliyu Magatakarda Wamakko.

He informed APC leadership that he came to the party for its victory at all levels, stressing that, the party will emerge victorious during the polls by Allah’s will.

Speaking, APC governorship candidate, Hon Ahmad Aliyu Sokoto, said, S.A Yarima is back home where he is held in the highest esteem, honour and respect.

Ahmad Aliyu said he was optimistic that, Yarima will not be abandoned by the party and assured him of equal treatment like any other member of the party. 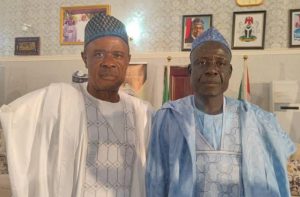 Meanwhile, another PDP bigwig from Sanyinna town of Tambuwal Local Government , Alh.Umaru Chori Sanyinna, was also received into APC by the leader of the party, Senator Aliyu Magatakarda Wamakko.