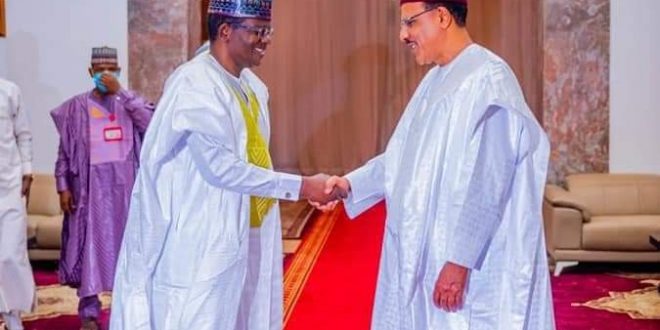 Governor Bello Mohammed Matawalle of Zamfara state has called for collaborative efforts between Nigeria and Niger Republic to end all forms of banditry within the two countries.

Matawalle made the call after meeting with the President of Niger Republic, Mohamed Bazoum, at Presidential palace in Niamey, on banditry affecting the two countries.

The meeting of the two leaders was meant to discuss issues of insecurity especially in North Western Nigeria and Niger Republic and resolved to explore more areas of support and cooperation between Niger Republic and Zamfara State in particular.

Governor Bello Matawalle expressed delight to the president of Niger Republic Mohamed Bazoum for the opportunity given to him and Zamfara State Government to discuss issues of security, especially kidnapping, cattle rustling and armed banditry in Maradi Region and parts of Zamfara, Katsina and Sokoto States.

He briefed President Mohamed Bazoum on the measures taken by his administration to end all forms of criminal activities in the region.

The Governor stressed that, apart from peace initiative and reconciliation process initiated, his administration has provided intelligence to security agents on how best to trace informants who provide information to the armed bandits and their collaborators.

He said his administration has placed CCTV cameras that willl monitor all the activities and movements of people in the state capital, with the aim of tracking and tracing criminal hideout and their nefarious activities. 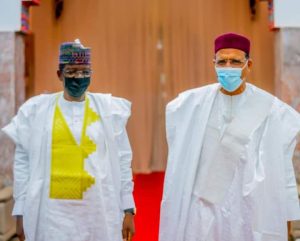 Governor Bello Matawalle said his Administration will donate five brand new Hilux Vehicles to the Government of Niger Republic to provide special border patrol at Maradi and other parts of Niger Republic which shares Border with Zamfara, Katsina and Sokoto States.

The Governor said the Brand New Hilux Vehicles will be handed over to the Governor of Maradi Region in a ceremony to hold later with the approval of the President Mohamed Bazoum.

He requested for a regular meeting on security with the Nigerien Minister of Defence, the Governor of Maradi and Governor of Zamfara State as well as those of Katsina and Sokoto States, so as to bring an end to the lingering security challenges facing the two countries.

Responding, the President of the Republic of Niger, Mohamed Bazoum thanked Governor Bello Matawalle for the visit and all the major efforts he has taken to end the problems of insecurity affecting the two countries, especially with the border of Maradi and North Western Nigeria.

President Mohamed Bazoum urged Governor Bello Matawalle to continue with the efforts to address insecurity in Zamfara by providing new methods to achieve the sustenance of peace already enjoyed in the Region, pointing out that, the Government of Niger Republic is ever ready to support the Government of Zamfara State in the fight against insecurity.

The President noted that the problem of armed banditry across Niger Republic is coming from Madawa and Bayan Dutsi and escalated to Nigeria through The Region of Maradi, but hoped that with the meeting and support provided to the Nigerien Government by Governor Bello Matawalle, the issue will be a thing of the past.

The meeting was attended by the Ministers of Defence and Internal Affairs of Niger Republic, the Chief of Staff to President Mohamed Bazoum, and all the Service Chiefs of the Republic of Niger and the country’s Inspector General of Police.