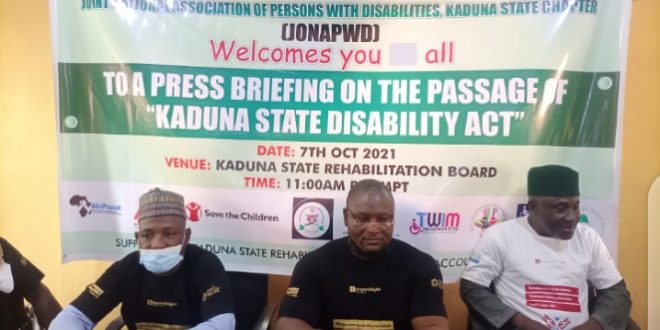 The Joint National Association of Persons with Disability (JONAPWD), Kaduna chapter has expressed joy over the long awaited Disability Bill Act passed into Law and signed by His the Excellency the Executive Governor of Kaduna State Malam Nasiru El-rufai.

During a Press Briefing at the Kaduna Rehabilitation Centre, the Chairman Suleiman Abdulazeez explained that the bill was initiated by JONAPWD Kaduna State Chapter under the leadership of Comrade Rilwan M, Abdullahi as of then as a private Bill in 2009. 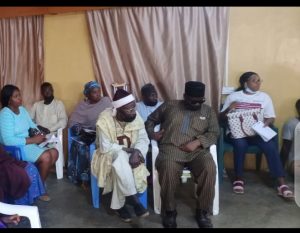 He said, ” during 2015 general election campaign, the executive Governor of Kaduna State engaged persons with disability and promise if elected he will take up the bill as an Executive Bill, and by extension of that engagement, His Excellency has keep to his promise. In a note shall it’s a social contract between this present administration and people with disabilities in Kaduna State.”

“We are happy to inform at this junction that the bill has finally been assigned into law, His Excellency has kept to his campaign promises to persons with disabilities in the state, however this bill wouldn’t have not seen the light of the day, but the Executive Governor of Kaduna State signed into Law the Kaduna State Disability Law following over 10 years of relentless advocacy by the Disability Community with Civil Society and Media supporting the Community to ensure the Bill sees the light of day.” 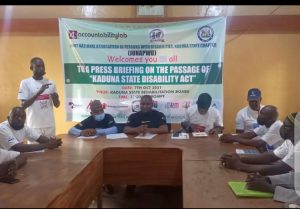 “We sincerely believe that this legacy achievement by the Executive Governor of Kaduna State will take our members off the street, erased the frequent experience of discrimination and barriers faced by the Community to participate in all aspects of Society.” Says the Chairman

According to Comrade Suleiman the bill further pave more ways for person’s with disability in accessing Public building, Health care, Education, Employment and Transportation, while creating an enabling environment for the Disability Community to enjoy a better livelihoods.

JONAPWD, highly commend the action and effort of the State Government for promoting the rights of Persons with Disabilities, and believes that the Law will surely guarantee the rights and rehabilitation of PWDs to achieve equalization of opportunities that the entire Disability Community will be afforded full access to the society at large. 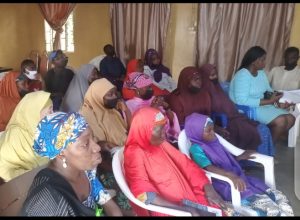 Furthermore, appreciates the efforts and Supports Of the Director Rehabilitation Board, Coalition of Association for Leadership Peace Empowerment & Development (CALPED), Partner to Engage Reform and Learn (PERL), Accountability Lab, Open Kaduna Radio and other CSOs/Media and individuals for their wonderful contribution towards the actualization of the Kaduna State Disability Law.