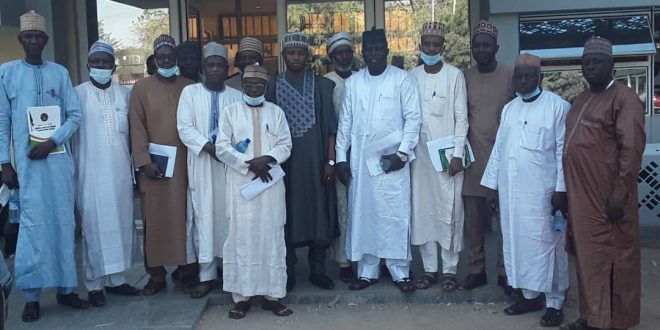 The successes recorded so far in improving urban planning activities by Kaduna State Urban Planning and Development Authority (KASUPDA) are attracting the attention of other States in Nigeria.
In a statement Signed by Nuhu Garba Dan’ayamaka (Public Relations Executive,PRE)
KASUPDA, made available to newsmen revealed that
A statement issued by the Public Relations Executive (PRE) of the Authority, Nuhu Garba Dan’ayamaka listed States like Adamawa, Edo, Kano and Zamfara respectively that visited recently to discuss on ways KASUPDA is making progress in recent years. 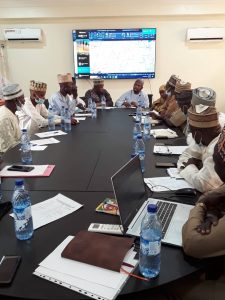 The release , quotes the DG saying KASUPDA has been able to make remarkable progress due to the passionate commitment of His Excellency, Mal. Nasiru Ahmed El-Rufa’i.
He further maintains that no planning authority can achieve its mandate without the support of the leadership and non interence to discharge statutory responsibility.
The DG again attribute milestones achieved to management dedication, focus and commitment to duty.
In their remarks, management staff noted that provision of funding, equipments and digitization as other factors for the achievements.
Leader of the delegation, Zamfara State Urban and Regional Planning Board (ZUREPB), Hon. Anas Abdullahi who is the Special Adviser to Zamfara State Governor on Urban and Regional Planning said they were on the visit to learn how KASUPDA made progress in achieving set objectives.
The release, quotes the S.A saying he was highly impressed with town planning and city beautification.
He noted that commercial activities along road sides and buildings without approval are source of concern in Zamfara State.
According to him, the new management board was constituted by  his Excellency, Zamfara State Governor in order to improve urban planning sector in the state.
He stressed that Kaduna as a centre of  northern States which excelled is the need for a State like Zamfara to come and share some experiences in order to move ahead.
In their contribution, other members of Zamfara delegation noted a lot of changes in the urban planning and city beautification of Kaduna State within the past three years and solicited necessary assistance from the sister agency to enable them progress.
At the  meeting, KASUPDA’s operation, process of approval, issue of regularization and urban renewal initiatives were discussed.
Share