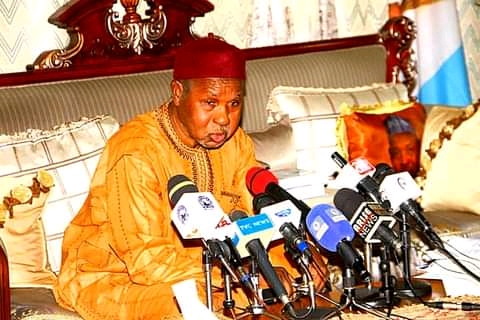 Governor Aminu Bello Masari of Katsina State has said that plans are in top gear to conduct the long- awaited local government election in the state in March 2022.

Masari made the declaration at the state government house on Tuesday while entertaining questions from journalists.

The last time the council poll was held in the state was over six years ago during Governor Ibrahim Shehu Shema of the People’s Democratic Party, PDP, led administration.

Recall that the Masari-led administration on assumption of office in 2015 dissolved the council officials they met on ground for alleged misappropriation of public funds.

However, the apex court in its ruling earlier this year, ordered the state government to pay the dissolved officials their entitlements but did not give order for their reinstatement.

Masari said a committee under the chairmanship of Masari’s Chief of Staff, Muntari Lawal has been assigned as to oversee the election and he is to collaborate with other stakeholders for the success of the election come March 2022.