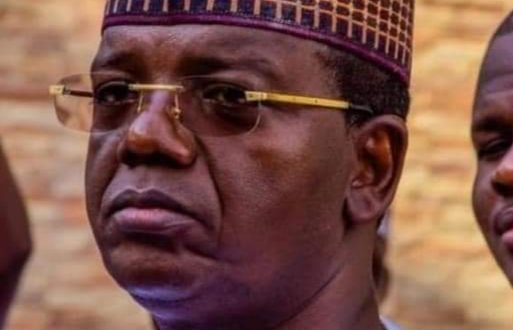 PDP’s own executive clears Zamfara APC’s alleged complicity in the party’s state congress crisis apportioning the blames on the imposition of unpopular candidates that lack political strengths and acceptability to the Party members.

It could be recalled that just yesterday, 27/12/2021, we made a clarification on the alleged involvement of APC in the PDP political waterloo and today, we came across one of the executives expressing his anger that the outcome of the congress was pre-empted by the PDP leaders before the day of the congress as is traditional of the party.

While coming across the video which is currently being circulated via social media platforms, we make haste to react, as the clip showed a Zamfara PDP Chieftain giving unfair treatment of members’ decision on the 27/12/2021 crisis ridden state congress as the cause thereby buttressing the state APC’s call on the opposition to do things according to the rules of the game.

In the statement we issued yesterday, we called on the PDP in the state to let Zamfara be in peace following the disruption of its state congress by its supposed agrieved stakeholders which allegedly led to the party’s thugs taking the laws into their hands to destroy all arrangements at the venue of the event.

Zonal Vice-chairman of the party, Alhaji Abdullahi Yankara Maradun while speaking to clear the accusations and counter accusations on those suspected to be behind the carnage, said through his video recorded interview with some journalists in Gusau on the heels of the crisis, that what happened was caused by some leaders of the PDP who tried to highjack the congress by disrespecting an earlier decision and resolve of the members on who and who will be the executives.

Alhaji Abdullahi stressed that the loyalists of the party discovered that those leaders went behind to select and compile a new list of executives which led to the crisis.

As the video continues to make the rounds therefore, the APC in Zamfara which has remained one under its leader and governor Bello Mohammed Matawalle MON wishes to implore the opposition PDP and all those fueling the crisis to come to terms with being fair and the fact that power belongs only to Allah who does what he chooses to do with it.

We call on the PDP in the state to always verify their information before going to press to ridicule of themselves in an effort to get cheap popularity or unwarranted public sympathy.

We assure the members of our great party APC in Zamfara state, that we will continue to remain united under the abled leadership of Honourable Tukur Umar Danfulani and the Party leader His Excellency, Honourable Dr. Bello Mohammed Matawalle MON and no amount of lies will deter us from success come 2023 and beyond In Shaa Allah.