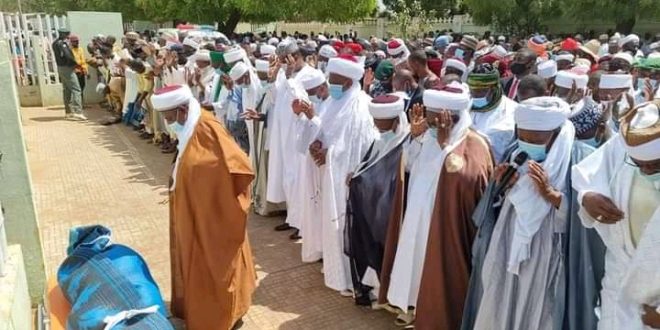 The daughter of the late Premier of Northern Nigeria, Sir Ahmadu Bello, Sardauna of Sokoto, Aisha, has died at the age of 76.

Aisha, who was popularly called “Hajiya A’i” , died in the eatly hours of Friday, at a private hospital in Dubai, after a prolonged battle with diabetes for years. 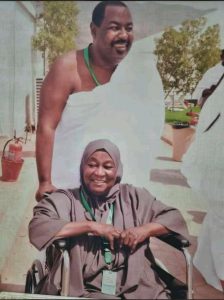 She was the wife of the Chairman of the defunct Northern Nigeria Housing Corporation and one of the members,who represented Sokoto Province at the House of Representatives in the 1960s, Alhaji Ahmad Danbaba, Marafan Sokoto.

Among her children is Magajin Garin Sokoto, Alhaji Hassan Danbaba and the wife of Shehu Malami, Sarkin Sudan.

Until his death, Thursday , the deceased was the District Head of Sokoto North .

His funeral prayer was conducted on Friday, at the Sultan Muhammadu Bello Jumaat Mosque , led by the Chief Imam, Sheikh Liman Malami Akwara.

It was attended by his younger brother and the Sultan of Sokoto, Alhaji Sa’ad Abubakar III, Governor Aminu Waziri Tambuwal, his Deputy , Alhaji Mannir Muhammad Dan-Iya , members of the state Executive Council, as well as thousands of sympathizers.