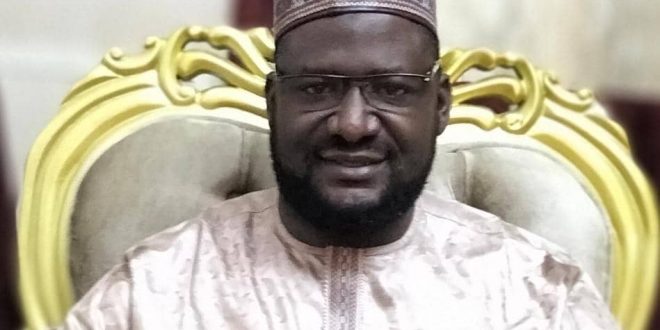 The Sokoto State Chapter of the Nigerian Bar Association ( NBA), has called for the postponement of the association’s 2022 SPIDEL Conference.

It has also demanded an immediate refund of the registration fees paid by its members for the aborted conference earlier scheduled to hold in the state.

This is contained in a letter jointly signed by its Chairman and Secretary, Mr Muhammad Nuhu and Mrs Rashidat Mohammed, respectively.

The letter was sent to the President of NBA, Olumide Akpata and for the attention of Monday Ubani, Chairman of SPIDEL.

The association expressed dismay that the national body unilaterally postponed the conference after members in Sokoto state had already duly registered for it.

In the letter dared 26th May, 2022, the branch averred:” Mr President may wish to recall that in the referred letter, we expressed our displeasureover the unilateral postponement and the subsequent cancellation of the SPIDEL Conference scheduled to hold in Sokoto.

“Before now, our branch treasured and held the President in high esteem and our members have demonstrated their love and support for the President during his visit to Sokoto in February.

“Then, the President had in unequivocal words promised to hold the SPIDEL Conference in Sokoto, with or without sponsorship /donation from anywhere,”it added.

The Sokoto NBA further said that, immediately after the President’s visit, the branch met and commenced preparations to give the association a befitting hosting of the SPIDEL.

It added that the branch engaged and committed huge amount of money to vendors and other service providers, including the repairs and maintenance of the venue  and vehicles, among others.

“Individual members have equally committed their funds in making personal souvenirs for the conference.

“The branch also  mobilized its members to register for the conference.

“Therefore, the suspension and subsequent cancellation of the conference came as a big shock and disappointment to all our members in the branch,”the Sokoto NBA added.

“While we concede that it is within the absolute discretion of the President, in consultations with the Chairman of the section, to select where the SPIDEL Conference will take place.

“But, we hold the view that no member of the association shall be compelled or coerced to register or attend the SPIDEL Conference against his wish,”it added.

It said that the President along with some other influential persons had expressed opinion against coming to Sokoto for the conference on grounds of insecurity at that time.

The branch further averred that in the light of the various security breaches in FCT and its environs, Abuja is no more secure than Sokoto was at the time of the postponement and subsequent cancellation of the Sokoto conference.

“Moreover,  our members and members of sister branches in the North are at peril in journeying down to Abuja for the conference.

“We, at the NBA Sokoto Branch, therefore, find it expedient  to, and do hereby call for the postponement of the SPIDEL Conference in Abuja.

“Should you decide to forge ahead as scheduled, however, we in the alternative, ask and demand for the immediate refund of our members’ already long paid registration fees,”the association concluded.