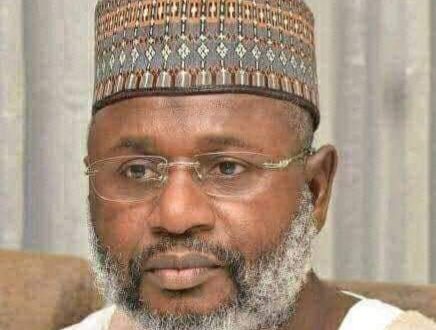 First civilian governor of Zamfara state, Senator Ahmad Sani Yariman Bakura has declared that there will be no vacancy at the Government House, Gusau ahead of the 2023 governorship election of the state.

He stated this today when he received the state All Progressives Congress APC Chairman, Hon. Tukur Umar Danfulani at his Asokoro residence in Abuja.

Sen. Bakura who is the state’s political leader noted that with Governor Bello Mohammed Matawalle on the state’s exhalted seat and the good things he is doing in the state, he will continue to enjoy the position for the second time which will kick off in the coming elections.

He urged the leadership of the party to continue to work towards the success of the APC throughout the state in future elections especially as the nation prepares for the 2023 general elections.

He said the leaders should ensure the full unity of all members of the party through inclusiveness and consultations without giving room to any grievances.

While talking about persons that will be interested in elective posts in coming elections, Bakura maintained that there will be no imposition or favoured candidates, rather, the interested candidates should look for supporters who will ensure their winning the positions being sought.

He appealed to the party leaders to conduct themselves with the fear of God noting that such is the surest way to success.

Earlier, the state APC Chairman, Hon. Tukur Umar Danfulani said he was at the political leaders house along with some members of his executive to thank him for his continued support and fatherly roles in the growth and development of the APC and the state.

He noted that as the bedrock of Zamfara politics who has the credit of having planted all political leaders in the state, the party leaders will always consult and tap from Yarima’s wealth of wisdom so the party, the state government and the good people of the state can wax stronger.

The chairman who assured to be fair to all members of the party, said he will always be guided by the constitutional provisions of the party and the positive advices of stakeholders in executing his leadership roles along with his executive team.