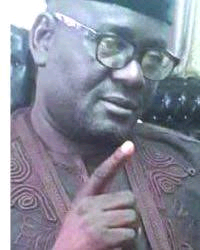 *postpones endorsement of  2023 Presidential choice in honour of COAS, others
A frontline coalition of Arewa groups, Northern Youth Leader’s Forum (NYLF)  has backed the position of the Southern Governors’ Forum, banning open grazing in their states.
National Chairman of the forum, Comrade Elliot Afiyo expressed this at a press conference in Yola the Adamawa State capital, on May 22, 2021 after the 27th Annual Delegates Conference, the group lamented the negative impact of open grazing in the country.
“We have taken time to study extensively the communique issued by the Southern Governors especially on the ban on open grazing and national dialogue.
“We want to state clearly that open grazing has been the greatest threat to the environment of the Northern region and also a major threat to security of lives and property in the entire country,” the group said.
They explained that national dialogue is also a necessity, considering the clamour and demands for restructuring and secessions.
“But we are totally opposed to the use of 2014 Constitutional Conference Report because to us generally in the North, the Report lacks credibility due to the fact that the Delegates especially from the northern part of the country, were hand-picked based on agreements of loyalty.
“To this end, the NYLF during our special delegates conference resolved to totally support the call for national dialogue and ban on open grazing,” Afiyo said.
They called on the Federal Government to as a matter of urgency and national interest, to consider these calls as duty calls to obey and immediately too.
“In order to enforce completely the ban on open grazing, we call for the establishment of Herder’s Commission or Agency to cater for the needs of the herders through selective programmes so as to effectively Kick-Start the ranching system.
“We also condemn the statement credited to the Attorney General of the Federation on the ban on open grazing and also appeal to the President to caution his Ministers and Aides who despite being in government for either four to six years, are still having the opposition mentality,” they revealed.
Share