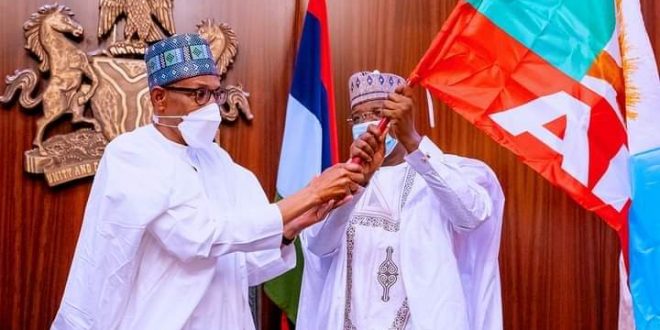 In a statement Signed by YUSUF IDRIS GUSAU
Director General, Media, Public Enlightenment and Communications to the Governor made available to journalist revealed that 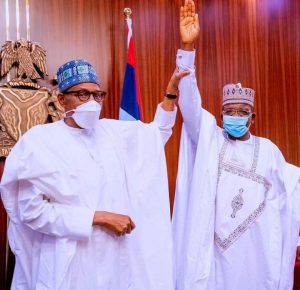 Governor Matawalle who defected to the ruling APC from the PDP on June 29, was led to the president alongside his Cross River state counterpart, Ben Ayade by the Chairman of APC Caretaker Extraordinary Convention Planning Committee and Yobe state governor, Hon. Mai-Mala Buni. 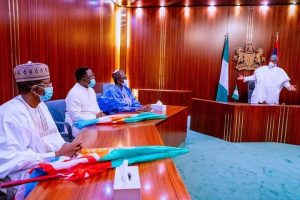 The president expressed happiness in the new development where state governors and their large supporters are now realizing the focused leadership of his administration and joining the APC in order to change the narratives of the nation for the better.

The governor was accompanied to the Presidential Villa by the Speaker of the State House of Assembly, Rt. Hon. Nasiru Mu’azu Magarya. 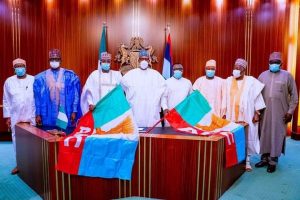