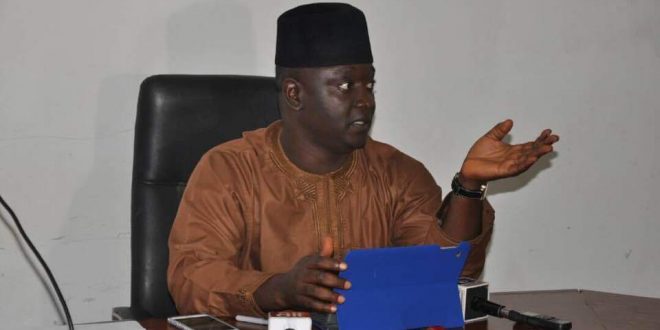 You will recall I was here on Sunday, 7th November 2021 to brief you on the spurious allegation leveled against me by Mr. Luka Binniyat, claiming that I am being used to cover up genocide against Christians in Southern Kaduna region of Kaduna, despite being a Christian myself. Luka attributed this false allegation to Distinguished Senator Danjuma Laah.

I am here again to update you on the latest development in the matter..

My dear colleagues, to be explicitly clear, I briefed you that Mr. Binniyat in an online publication dated 29th October 2021, published defamation and injurious falsehood against me and ascribed the following words Distinguished Senator Danjuma La’ah:

“The Government of Kaduna State is using Samuel Aruwan, a Christian, to cause confusion to cover up the genocide going on in Christian Southern Kaduna by describing massacre as a “clash” said Senator Danjuma La’ah, who represents Southern Kaduna Zone in the Nigerian Senate”

This false claim is dangerous. It is naked incitement and can ignite breakdown of law and order. It seeks to stain my name and put me and my family to public ridicule and contempt. As a law abiding journalist in public service, I have petitioned the security agencies on the matter.

In addition to the complaint to the security agencies, my lawyers also wrote Senator La’ah on 1st November 2021, seeking his confirmation or otherwise of the quote attributed to him by Luka Binniyat.

This afternoon, Tuesday 9th November 2021, I received the reply from Senator Danjuma La’ah’s lawyers. Permit to quote the letter:

“We are Solicitors to Senator Danjuma La’ah, hereinafter referred to as “Our Client”, on whose instructions we hereby respond to your letter in relation to the above subject matter.

“Our Client informed us that he was shocked by the content of your letter in which you said he granted interview to Epoch Times through their correspondent, Mr. Luka Binniyat. Our Client informed us that though he knows Luka Binniyat, he never granted granted any interview or made any comment casting aspersion on either the Kaduna State Government or Samuel Aruwan, the Honourable Commissioner for Internal Security of Kaduna State who he regards as a younger Brother and holds in high esteem. He never made such statement either through Luka Binniyat or any other medium. We hope this explanation will put the issue to rest.”

With this development, the person to whom Luka Binniyat attributed his fabricated claim against my person has clearly denied uttering such words.

This letter from Senator Laah’s lawyers distances him from the false claims published by Luka Binniyat accusing me of covering up genocide against Christians in Southern Kaduna region of Kaduna State. I look forward to the next steps by the law enforcement agencies to unravel this fabrication by Luka Binniyat.

This development is notable and welcome. I will continue to pursue justice through the instrumentality of the law.

Thank you for your time.