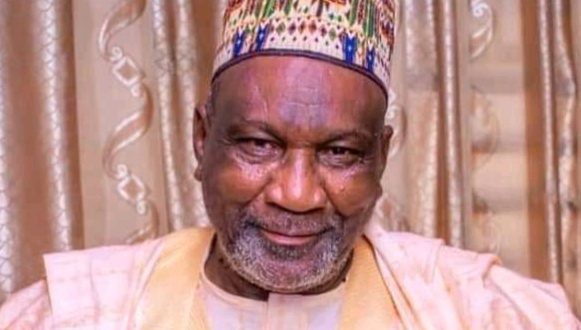 Alhaji Mustapha Shehu Sokoto, who was also a former Senior Special Assistant to Governor Tambuwal, was commenting on the twenty year anniversary of the return of demoxracy in Nigeria from 1999 to date .

He cited the tangible massive Infrastructural developments recorded under Governor Tambuwal as some of the glaring dividends of democracy reaped by the people of the state during the period under review .

He enumerated them to include the construction and rehabilitation of schools, roads, hospitals, water and electrfication projects, among others .

Alhaji Mustapha Shehu Sokoto added that, thousands of assorted medical personnel were sponsored within and outside Nigeria, including the thirty eight Medical Doctors and other medical professionals that recently graduated in Sudan.

The Chairman further averred that,the people of Sokoto State have never had it so good like in the past six years of Governor Tambuwal’s administration.

He noted that, the state government has in the past six years accorded top priority to the provision of the direly needed social amenities and infrastructure to the electorate , ranging from water and electricity supply, health, education, empowerment , as well as the security of lives and properties.

Alhaji Mustapha Shehu Sokoto, who is also the Chairman of the State Chapter of the Association of Local Governments of Nigeria ( ALGON),promised to do their possible best to complement the efforts of the Governor in alleviating the suffering of the people , as such, make life more easier and comfortable for the electorate .

He described the People’s Democratic Party ( PDP), as the strongest and ltagest party , saying that, it has surpassed all it’s contemporaries .

Alhaji Mustapha Shehu Sokoto also noted that, the party has maintained the same logo, ideals, values, principles and manifesto from 1999 to date.