As part of efforts at restoring law and order in parts of Southern Kaduna affected by recent violence and other security challenges, the Inspector General of Police, IGP M.A Adamu, NPM,mni has directed the Commissioner of Police (CP), Kaduna State Police Command to ensure full enforcement of the curfew imposed by the Kaduna State Government. The CP is equally to ensure optimal deployment of both human and material assets of the Intervention Squad currently on ground in the State to safeguard lives and property of people in the communities.

The CP is to personally coordinate the operations of the Intervention Squad in carrying out collective and holistic tasks of ensuring peace and safety in the communities. The Squad comprises: the Police Mobile Force (PMF), Counter Terrorism Unit (CTU), Police Special Forces, Detectives/Intelligence Operatives as well as personnel of the Kaduna State Police Command, the Military and other security agencies.

The IGP commiserates with the people of Kaduna State, particularly those who have lost their loved ones and property as a result of the crises. He assures that the Force will do everything within its powers and means to ensure that peace is restored in the affected areas.

Meanwhile, the IGP enjoins the people of Kaduna State to cooperate with the Police, the Military and other law enforcement agencies as they carry out the full enforcement of the curfew amongst other measures directed at ensuring their safety. He however warns troublemakers in the State to desist forthwith from acts of violence and lawlessness. 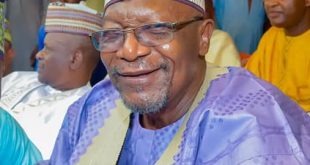