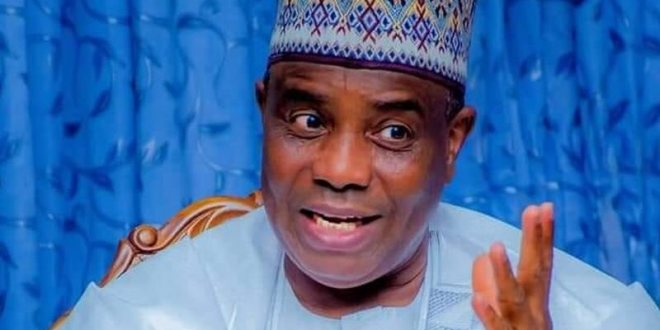 The edifice with 86 rooms is equipped with a swimming pool, a 300 seats capacity conference hall , gymnasium , restaurant and bar for relaxation purposes is constructed by the Nigerian Army.

Speaking , Tambuwal said the ultra modern edifice would attract to the state both local and foreign visitors hence improve the socio economic well being of people in the state.

The governor further commended the concerted efforts of the Army Chief in maintaining peace and security in Sokoto state and indeed parts of the northwest.

Other projects lined up for commissioning were COAS Guest house, a Mosque at International conference Kasarawa, a school and drainage in Sifawa.

Other intervention projects by the Nigerian Army include those in Sokoto South, Tangaza and Goronyo local government areas.