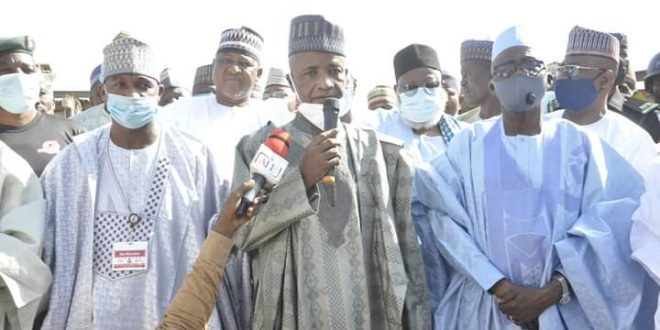 Leader of the All Progressives Congress ( APC), Senator Aliyu Magatakarda Wamakko, on Thursday paid a sympathy visit to the members of the Sokoto Business Community over the recent fire incident that occurred at the Sokoto Central Market. 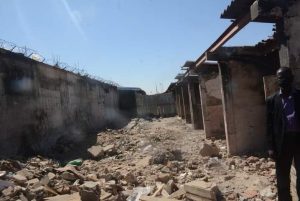 Speaking during the visit,Wamakko described the fire incident as an inevitable will of the Almighty Allah.

He recalled that, he had earlier sent a delegation, under the leadership of the State APC Caretaker Chairman, Alhaji Isa Sadiq Achida, to commiserate with the victims of the unfortunate blaze.

Similarly, the former Governor of Sokoto State recalled that, he, was also part of the Federal Government delegation that paid another visit to commiserate with the Government and People of the State over the fire disaster.

Wamakko further disclosed: ” As a great and proud son of the soil, he deemed it necessary to revisit the market, to console the victims, as well as assess the level of damage caused by the inferno.

On behalf of the Minister of Police Affairs, Muhammadu Maigari Dingyadi and the Executive Secretary, Police Trust Fund, Ahmad Aliyu , Senator Aliyu Wamakko prayed the Almighty Allah to replenish the colossal losses incurred by the victims and prevent it’s recurrence.

Senator Wamakko also promised to give his personal donation and the donation of his Associates to the affected persons.

Speaking on behalf of the Business Community at the Market, Chairman of APC Business Community, Alhaji Bashiru Basha, thanked Senator Aliyu Magatakarda Wamakko and his entourage for visit, as well as prayed Allah to reward them abundently.

Tags Do at Fire Sokoto Wamakko