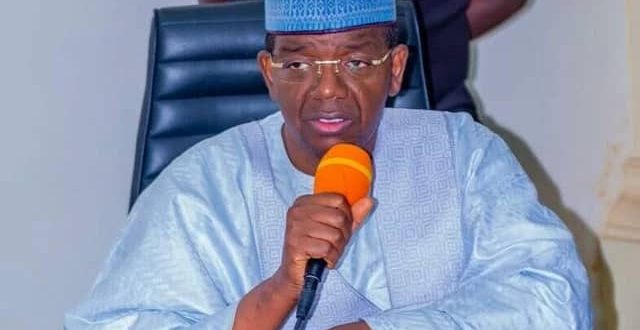 The Zamfara Chapter of the All Progressives Congress APC, wishes to commend the top echelon of our great party, the National Working Committee over its decision to appoint His Excellency, the Executive Governor of Zamfara, Hon Dr Bello Mohammed Matawalle as North West Zonal Campaign Coordinator for the coming 2023 Presidential Elections.

This is no doubt in recognition of the Barden Hausa’s initiatives in bringing unity and overwhelming support in and to the party like he demonstrated without any rancour in both his state of Zamfara and elsewhere he participated in such discourse.

It’s our belief with his hardwork, dedication and purposeful leadership qualities of team work and as the Zonal Campaign Coordinator, Matawalle will definitely initiate lots of campaign strategies through public Enlightenment for the party to succeed at all levels of the elections.

We remain confident in Matawalle’s ability to deliver the zone with unchallenged overwhelming results.

The North West Zone has also remained the APC’s strongest hold in the nation with the highest number of registered and committed voters that will determine who becomes the next president of Nigeria come 2023 and who have shown very strong support to the APC.

We pray Allah to continue to guide His Excellency as he is charged with more and more leadership roles and responsibilities.