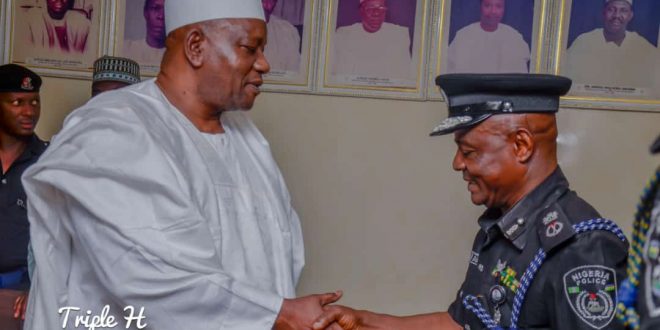 Federal Government has been urged to deploy more troops and supply them with adequate sophisticated equipment to end the perennial terrorist attacks in Katsina State and its neighbours.

In a statement Signed by Abdullahi Aliyu Yar’adua, Director Press to Secretary to the Government of Katsina State made available to news men revealed that

The Secretary to the Government of Katsina State, Dr Mustapha Muhammad Inuwa made the call when he received the Commissioner of Police, newly posted to the State Command.

Dr Mustapha Inuwa said that on its part, the State Government was committed to providing the necessary logistics support to the security agents to win the fight against terrorism and other heinous crimes across the state.

He said the Masari led administration would not relent, until peace prevails in all nooks and crannies of the state before the end of its tenure.

Dr Mustapha Inuwa, commended the efforts of the security agents in tackling the lingering challenges but, he charged them to do more as many rural areas were still under severe threat of the terrorist.

The SGS reiterated his call for coordinated and simultaneous attacks on the terrorists’ dens rather than waiting for them to attack the innocent communities.

He congratulated the Commissioner on his new assignment and assured him of Government’s fraternity to help him succeed. 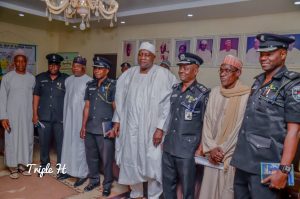 He urged the new CP to put on his wealth of experience in the service, to curtail the activities of the terrorists especially in the front line local government areas.

Earlier, CP Idrisu Dauda Dabban, informed the SGS that he was in his office to solicit for the governt’s continued support and cooperation in discharging his duties.

CP Dabban said he was aware of the level of insecurity in the State and was adequately briefed by his predecessor on the state its commitment to end the crisis.

The Commissioner pledged to do his best and expressed his readiness to synergies with other security agencies in tackling the menace.

He appreciated the warm reception accorded to him at all the important instructions he had so far visited.