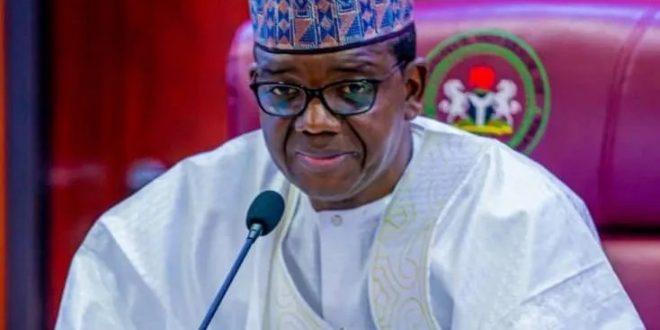 Chairman of the Zamfara state Chapter of the All Progressives Congress APC, Hon Tukur Umar Danfulani has assured that the party in the state is strongly behind any well-meaning peace accord leading to a peaceful transition ahead of the 2023 general elections.

The chairman gave the assurance today during the signing of an accord by political parties in the state to facilitate a rancour free election that will be accepted and acceptable to all candidates, political actors and supporters in the state which held at the UBE Training Centre, bye-pass Gusau.

The peace accord which was chaired by the State Commissioner of Police, Mr. Kolo Yusuf along with the state resident electoral Commissioner of INEC, Professor Sa’idu Ahmad Babura was also organized under the Security Inter-agency Consultative Committee on election.

Danfulani who noted that although the peace accord is a seasonal political tradition in the state, also reaffirmed that the APC in the state has continued to improve on the creation of sustainable political atmosphere where all political parties are given equal opportunity to play politics within the perimeters of the law.

He explained that the APC as a ruling political party in the state initiated internal mechanism in which all aggrieved members and other actors and their thousands of supporters were brought under one roof as a family and making the party stronger in the state to the envy of the opposition.

He said it is in the same vain that the APC will continue to spearhead every effort to attain political peace in the state.

He called on all to emulate the effort of the APC in the state and the desire of Governor Bello Matawalle’s administration to see and have the state as the major thing that matters and work towards its growth and development for the well-being of the people.