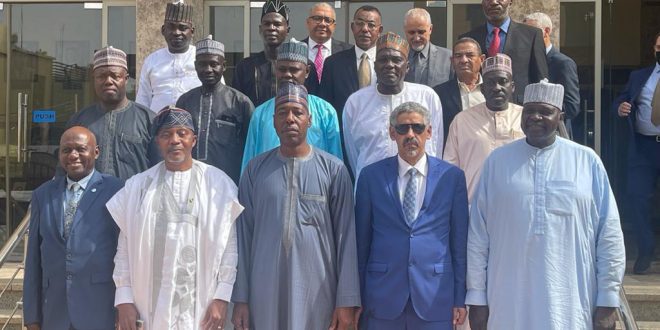 Borno State Governor, Professor Babagana Zulum, was yesterday at the headquarters of Arab Bank for Economic Development in Africa (BADEA) in Khartoum, Sudan, following which partnership was potentially reached for the bank and Borno to partner on exporting wheat and gum arabic produced by farmers in Borno.

Zulum was received by the bank’s Director General, Sidi Ould Tah, and other top executives. Governor Zulum arrived the Sudanese capital at the weekend alongside Nigeria’s former Minister of State for Agriculture, Bukar Tijjani, a Borno indigene, who is an expert on international agricultural development. Chairman of Borno’s Mega Farms Project, Musa Inuwa Kubo, as well as the governor’s Adviser on Sustainable Development, Partnerships and Humanitarian Response. 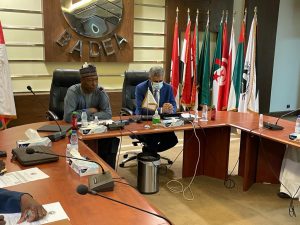 Borno is one of Nigeria’s leading producers of wheat and gum arabic, while the Arab Bank for Economic Development in Africa (BADEA) was established by 18 Arab countries (the League of Arab States) in 1973 and began operations in 1975 with the objective of strengthening economic, financial and technical cooperation between Arab countries and African regions through financing opportunities for economic development in African countries.

Governor Zulum at the Bank highlighted with video documentary produced in Arabic language, the challenges Borno has severely faced as a result of terrorism attacks on communities as well as the ongoing rebuilding and economic recovery efforts with huge opportunities in agriculture, given the state’s vast and fertile land resources for irrigation and rain fed agriculture. 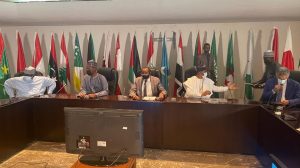 The governor’s team proved Borno’s potential as a major producer of wheat and gum arabic, among other food and cash-crops, seeking partnership for increased value chain and export, to tap into the Arab Organization for Agricultural Development in the bank’s operational structure.

The bank’s team, which earlier made overview presentations on Nigeria’s wheat, gum arabic and date palm productions, obliged Governor Zulum’s request with discussions to go towards identifying specifics for both parties and implementing them. 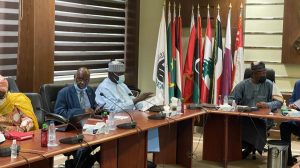 Our correspondent reports that Governor Zulum was well received during the visit amid enthusiasm from the Bank in apparent response to high estimation and global respect acquired by the governor due to his style of leadership that is widely referenced.