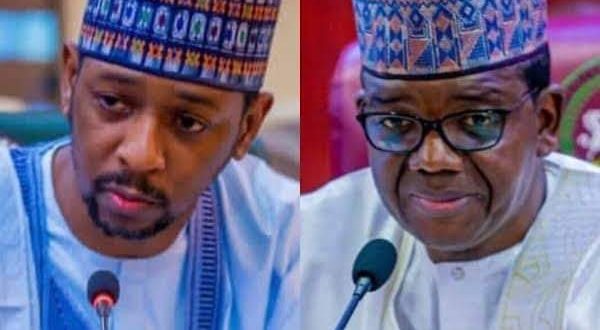 PDP supporters drawn from Zamfara in particular as well as from other places were today seen wearing long, distressed faces as they walked out of the premises of the Abuja High Court 5 in an  abject disappointment.

In an statement Signed by Yusuf Idris Gusau
APC Publicity Secretary Zamfara State made available to newsmen revealed that.

The event was to be a suit instituted by the PDP and Barr Mahadi Aliyu Gusau (sacked Zamfara deputy governor) seeking the court to remove His Excellency, Governor Bello Mohammed Matawalle MON as Zamfara governor following his constitutionally backed defection from the PDP to the APC in July, 2021.

It can be recalled that several crashed attempts numbering over 50 and still counting court cases were processed by the PDP the latest being today’s.

At today’s sitting which was anxiously awaited, Hon. Justice Ekwo Iyang, the Presiding Judge who appeared ever ready to dispense off cases, looked at the faces of the PDP crowd and hit them with the fact that his attention had been drawn to a ‘pending application for joinder’ filed by some applicants interested in the subsisting matter.

The judge also indicated he had no time for them as he had a 10am appointment which he had to beat somewhere else and ruled by adjourning the case to the 29/4/2022 for hearing.

Drawned in their shame, sweat and disappointment especially their noisy crowd drafted from the state, filed out of the court as if carrying a cascade.

And from  the APC side  who have remained law abiding at all levels will continue to be thankful to God over all developments and assure our teeming members and supporters that Zamfara under the able leadership of Governor Bello Mohammed Matawalle and the APC will continue to witness and enjoy unprecedented positive changes through the establishment of strong dividends of democracy and beautiful welfare packages to our people.