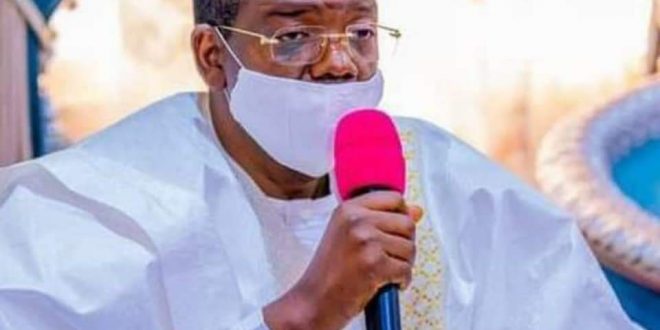 CLARIFICATION ON MISLEADING STORY CARRIED OUT BY SOME MEDIA HOUSES.

The attention of His Excellency, the Zamfara State Executive Governor, Hon. Dr. Bello Mohammed Matawalle MON (Shattiman Sakkwato) has been drawn to a misleading story carried by some media organizations that he declared to end banditry in the state within four days.

In a statement Signed by YUSUF IDRIS GUSAU
Director General, Media Public Enlightenment and Communications. Government to the Governor and made available to Journalist revealed that.

The Governor was quoted out of context during a sympathy visit by the All Progressives Governors Forum led by the forum chairman and governor of Kebbi State, Senator Abubakar Atiku Bagudu over the resurgence of banditry attacks in the state where lives of innocent citizens were lost.

Governor Matawalle told the governors that in the next four days he will hold a meeting with all the stakeholders in the state in order to review his administration’s fight against armed bandits and assured that the outcome of the meeting will bring a new way to end banditry in the state.

There was no where in his speech that he mentioned or promised to end banditry within four days as mischievously reported by some conventional media for reasons known to them.

To set the record straight, we call on all the media organizations that have already published the misleading story to retract it and make all the necessary corrections for the members of public to know what His Excellency actually said.

We are appealing to journalists in the state to always clarify their story before going to press.

The Governor also appreciates the support and cooperation he is getting from the working journalists in the state.