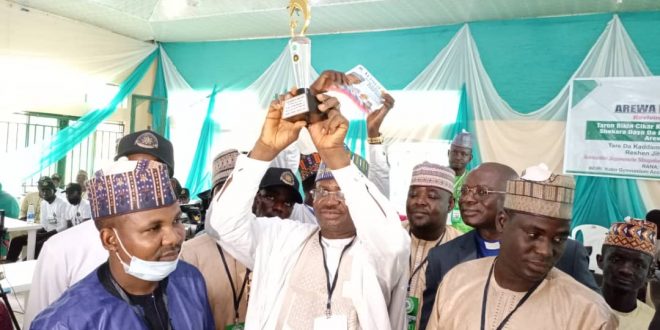 Zamfara State Executive Governor Hon. Dr. Bello Mohammed Matawalle MON (Shattiman Sakkwato)  has described degradation of moral standards and a culture of greed fed by an unfettered need for material wealth in the northern parts of the country in particular and the nation in general to the detriment of the masses as the root cause and the reason why armed banditry has continued unabetted.
Im a statement Signed by YUSUF IDRIS GUSAU Director General, Media, Public Enlightenment and Communications. 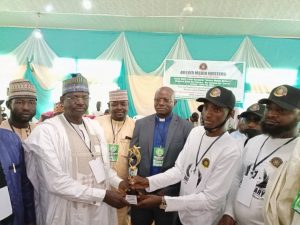 The governor made the assertion today in Kaduna at a lecture he delivered titled ‘The Fight Against Banditry in Northwest Nigeria,’ as a Guest Speaker at the Inauguration of the new Executives of Arewa Media Writers’ Association.
Represented at the event by the state’s Commissioner designate, Alhaji Ibrahim Magaji Dosara, Matawalle maintained that several literatures written on the insecurity challenges in Zamfara have tried without clear cut success to link the armed banditry activities with the presence of vast mineral resources and the attendant activities of artisnal and illegal miners supported by the rich both local and international. 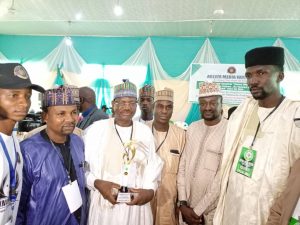 He pointed out that pastoral raiding which had been in existence from time immemorial, was only a show of bravery and carried out without the use of violence as against the present day criminalities that include rape, killing of women and children, kidnapping, highway robbery and gruesome attrocities among others.
Matawalle said, northern leaders should be ready to take responsibility for the present plight for failing to provide a good vision that will chart a progressive course for the region but busy themselves in gaining political power and selfish wealth unlike what is obtainable in developed countries where they rise in unison on all matters concerning the development of their coutry or region
He said, on his assumption in office as governor and having served as the Chairman House of Representatives Committee on National Security and Intelligence, he introduced a Peace and Dialogue initiative with all fighting groups as a way of addressing the problem which is aside from using military fire power. 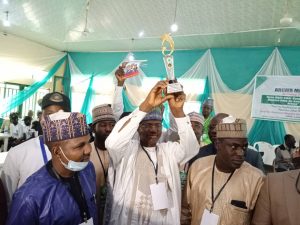 This effort, drastically reduced the criminal activities with over 2,000 kidnap victims regaining their freedom and the resumption of full business activities through the reopening of all markets hitherto shut by the past administration.
The Shattiman Sakkwato further said his establishment of three RUGA settlements with the pilot scheme now almost completed on a 20,000 hectares of land at Ranji, Salkida of Maradun local government, is another step in addressing insecurity in the state as it is provided with all basic amenities components of modern settlement such as clinics, schools, markets, diaries, ranches, dams, grazing areas, access roads, irrigation sites, electricity, shelterbelts, sporting and social activities among others.
He however lamented the reluctance by other banditry affected states to replicate his measures, lack of support by other politicians because of political affiliation and the need for the federal government to fully key into the peace initiative as the bane of the current efforts in the state. 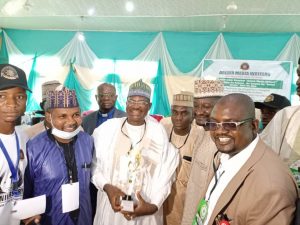 During the programme the governor was presented with an award as recognition of his peace initiative by the writers’ association for his proactiveness in addressing the security issues despite the challenges.
The event was attended by Principal Private Secretary to the Governor, Lawal Umar Maradun, Former Deputy Chief of Staff Government House, Dr. Bashir Mohammed Maru and Alhaji Yusuf Dingyadi among others.
Share