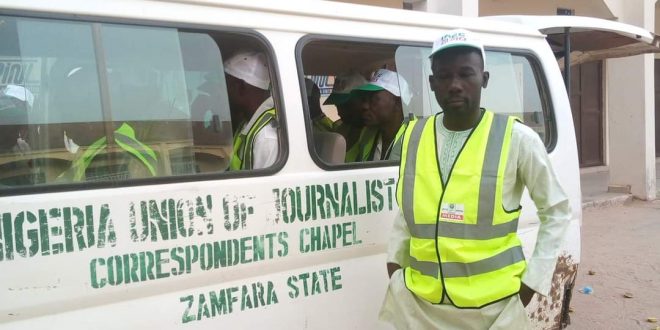 In a Statement Signed by YUSUF IDRIS GUSAU
Director General, Media, Public Enlightenment and Communications made available to journalist revealed that

The Shattiman Sakkwato described the late Correspondent of the Sun and the New Nigerian Newspapers correspondent as a resilient and objective journalist, said he will be missed most by the government and people of Zamfara in general and the governor in particular.

“I am aware of how Munirat had contributed his quota professionally and socially to the unity and growth of our dear state which earned him so much respect both among his colleagues, the people of the state and his associates.

“We will all miss him so much but as Muslims, we know that Allah knows best on every account and we must therefore submit to HIM while praying HE grants the soul of this gentle deceased rahma and accomodate him in Jannatu Firdaus.

“I therefore condole with the deseased immediate family members as well as the Correspondents Chapel and the entire NUJ family and pray Allah to give us all the fortitude to bear this great loss,” the governor revealed.