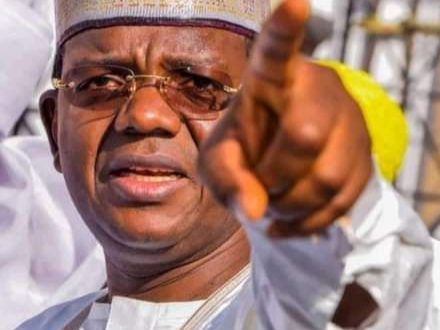 In a statement Signed by YUSUF IDRIS GUSAU
Director General, Media, Public Enlightenment and Communications and made available to journalists revealed that.

The state government has continued to strengthen efforts of providing security to all schools across the state since the abduction of Jangebe school girls.

Governor Matawalle who is seriously saddened with the resurgence of school abduction in the state by recalcitrant bandits is however thankful to God for the prompt response of the security agencies to the school to reinforce the already stationed security at the school which also led to the succesful rescue of three out of the four abducted staff of the institution.

Governor Matawalle also appealled to the citizens of the state to remain calm as government is taking all the necessary steps to restore normalcy in the area and charge inhabitants to cooperate with the security agencies deployed to the area by providing them with useful information leading to the rescue of the victims.

He further called on citizens to intensify prayers for an end of all criminal activities in the state and the nation at large.

Governor Matawalle who extended his condolences to families of those killed by the bandits including a police man and two civilian security guards during the attack also assured parents of the abducted students that his government will intensify efforts to rescue them.

He prayed Almighty Allah to accept the Shahadat of the deceased and their families the fortitude to bear the loss.