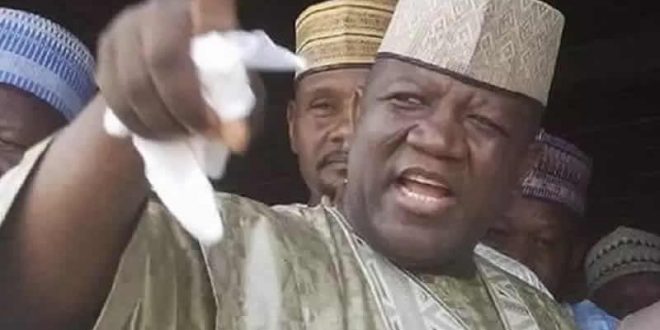 By Yusuf Idris Gusau
(An opinion)

As the story goes, he who lives by political vengeance, will end up empty in his political career with no followers and carrying his misery all by himself with most of the people having taken him for a ride but never believing in his political ideologies and therefore abandoning him.

Former Zamfara governor, Abdulaziz Yari Abubakar is now suffering the evil machinations of his own handiwork borne out of his haughtiness and conceit having bragged that he can and will subdue the ruling All Progressives Congress APC to his whims and caprices.

Well, the national convention of the APC which Yari and his cohorts boasted will not hold has come and gone peacefully and successfully too while the Yari’s are licking their wounds, the party has since moved on.

What is interesting now is how the Yari/Marafa group is disjointed, going in different political directions with many of the supporters realizing their timidness in deceit and joining the mainstream APC under the focused leadership of governor Matawalle in Zamfara.

Although the governor has been receiving followers from the Yari and Senator Kabiru Marafa groups even before the party’s March 26 national convention, this has continued even afterwards.

While Yari felt he could hurt the APC by joining the PDP in an unceremonious and hidden agenda which was made public last Sunday, the Marafa group, a proponent of Yari’s denied being part of the defection which dealt a serious blow on the romance between the two groups.

The Yari group has continued to degenerate in number with its strong holds and hundreds of their supporters dumping him to join Matawalle and the mainstream APC.

Most recent of this is the former Yari-led APC Publicity Secretary in the state and strong political associate to the former governor, Alhaji Shehu Isah the Barden Gusau who has also chosen to join the public spirited leadership of Matawalle in the state with a view of moving the state forward.

Isah’s coming is certainly a pointer to the fact that more are coming into the Matawalle fold making the party more formidable and breaking the Yari jinx that money is and can do everything.

Going down recent memory lane, the popular Yari Hausa political singer, Rarara who was in tune with Yari ahead of the last APC national convention indicated that the convention would not hold only for him to ditch his godfather who funded him and come to the convention with different goodwill tunes.

It’s therefore clear that many of the people who are blubbering for Yari are a rip off hanging over his money and the earlier this dawns on him the better. And for him to continue having relevance, is to stay in his party, gather and reunite with his people and friends like the governor for the betterment of Zamfara and the party.