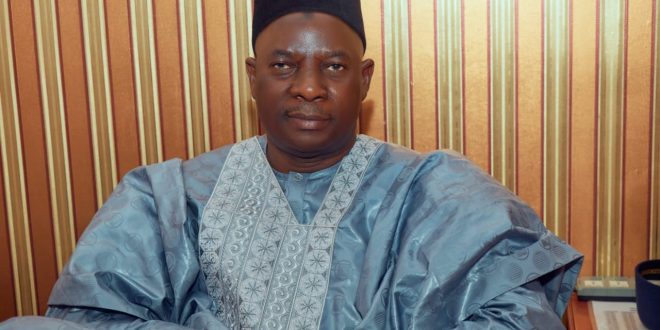 By Idris Salisu Zamfara
The Special Adviser to Zamfara state Governor on Biletaral and Multiletaral Dr. Suleiman Shuaibu Shinkafi, and thirty other personalities have been awarded with Distinguished award of excellent by the International Association of World Peace Advocates in Collaboration with United Nations Special Consultative Status and Signatory to UN School Commitment to the SDG.
The Award was bestowed on Special Adviser along with other thirty important personality on Tuesday during a One Day International Peace Conference for Youths in Zamfara state to mark the post International Day Celebration In Nigera which was held at City King Hotel Gusau.
The International Association of World Peace Advocates (IAWPA) Director Sokoto Zone Amb. Luka Jacob in his speech, said the World Peace Advocates decided to award the important personalities for their recognition of selfless services to humanity.
According to him, “each of the awardees has in one way or the other contributed immensely to the community of their respective places and the nation, and this has made the organizers of this important Institution to fish them out and recognized them with this important Award”.
Among the personalities that were recognized for the World Peace Award along with Special Adviser Dr. Suleiman Shuaibu Shinkafi, includes; the Speaker Zamfara state House of Assembly Rt. Honourable Nasiru Mu’azu Magarya, the state Commissioner Local Government Affairs Alhaji Abdullahi S Dambo, the business people, among others.
The Special Adviser to the Governor Dr. Sulaiman Shuaibu Shinkafi, who is also the recipient of the Award was represented by the Director General (DG) office of the Biletaral and Multiletaral Alhaji Bello Abdullahi.
Responding shortly after Receiving the Award, the Director General who stand on behalf of Special Adviser, commended the organizers for their foresight in selecting the rightful people of good personality to honoured them with Distinguished Award for their selfless services to humanity.
Share