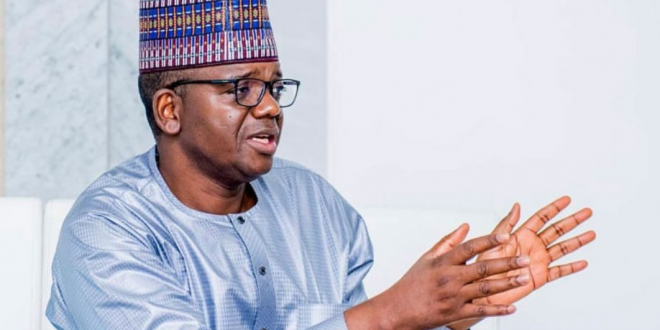 The Zamfara State All Progressives Congress APC under the leadership of Hon. Tukur Umar Danfulani received with utmost joy the ruling of the Sokoto Division of the Court of Appeal upholding an earlier judgment of the Federal High Court, Gusau filed by former governor Abdulaziz Yari group challenging the dissolusion of the APC’s caretaker leadership set up and dissolved by the Governor Mai Mala Buni-led Extra-ordinary Convention Committee of the party.

The judgment was in relation to an appeal filed by Alh Abdul Aziz Dan Maliki and others from the Abdulaziz Yari group.

The Appellants were dissolved as Caretaker Executive Members of APC Zamfara State by His Excellency Mai Mala Buni the Acting National Chairman of the APC.

In the lead Judgement delivered by Justice Precellia Mahmud and supported by Justice Danjuma Muhammad, the Court of Appeal dismissed the appeal and Upheld the Judgment of the Federal High Court, Gusau which declined jurisdiction to entertain the matter for being purely an intra party affair of a Political Party (APC), saying it should be resolved through internal mechanism of the party.

However, Justice Fedrick Oho who gave minority judgment, allowed the appeal and set aside the Judgment of the Federal High Court, Gusau.

With today’s Judgment, it is glaring that APC leadership has acted within the ambit of the party’s laws and the nation’s constitution.

As leaders we enjoin all agrieved members to come and join hands with the Tukur Umar Danfulani leadership of the party in the state to move the party and the state forward by accepting destiny.

The current leadership of the party in the state has continued to exhibit maturity and been encouragingly calling on all interested persons to join in order to show the world that Zamfara is politically under one roof.