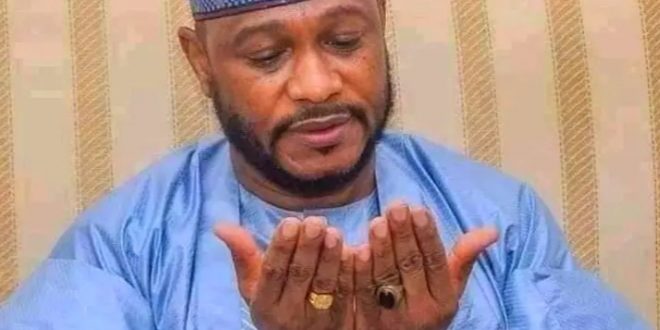 One of Dauda Lawal Dare’s strong pillars and about 3,000 of his followers in Zamfara politics, Hon. Mujitaba Idris Dangote who is also the founder of Dangote Foundation, today declared his parting of ways from his former boss and godfather to join the recognized APC in the state led by governor Bello Mohammed Matawalle MON and chaired by Hon. Tukur Umar Danfulani.

In a statement Signed by Yusuf Idris Gusau
APC Publicity Secretary, Zamfara State made available to journalists revealed that.

He told a large gathering of APC supporters at the party’s state secretariat that he, along with all his 22 ward chairmen in Gusau and Tsafe local government areas as well as 2,885 supporters met, deliberated and resolved to abandon what they realized to be “deceitful and blind followership” of Dauda Lawal to the real and recognized APC in the state.

According to him, all the former structures that were working in support of Dauda Lawal in all the two local government areas have now been fully integrated into the mainstream APC and will remain loyal to governor Matawalle and the chairmanship of Hon. Tukur Umar Danfulani.

He said his team will continue to mobilize supporters to the new course and sensitize members of the public of the lack of purpose and direction that is eroding the Dauda Dare’s group which is aimed at disrupting the APC family unity and may end up as sell-out.

Receiving the foundation members in a very happy mood, the state APC Chairman, Hon. Tukur Umar Danfulani explained to them that they have always been seen as full members of the party in the state who were deceived by their former political boss and now that they have realized the truth, the leadership and all other members will treat them as equals in everything concerning the APC.

Danfulani assured them that his leadership will continue to do the right thing which has earned it the respect and increasing followership in the state.