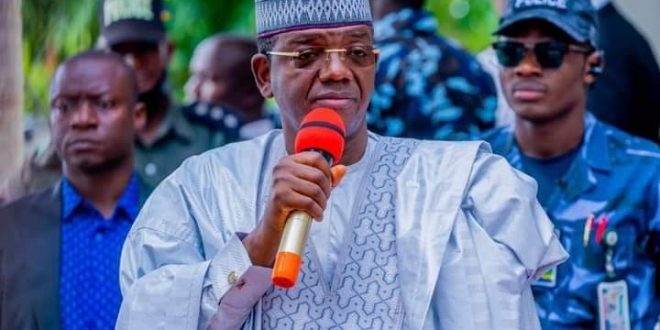 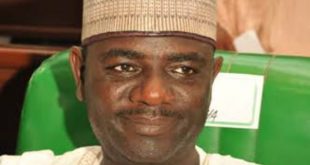 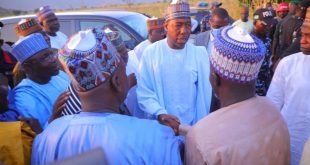 Governor Bello Mohammed Matawalle has always been seen and described as God sent to the embattled people of Zamfara having unexpectedly been declared governor of Zamfara by the nation’s apex court after the 2019 governorship election where the then ruling APC was initially declared to have won all the contestible seats in the state with Matawalle already adjusting into ‘life must go on’ having come second with no plans to go to court.

Following these circumstances and on assumption into office, the governor bressed up and resolved not to disappoint the good people of the state who were then living in fear, grief and apprehension under regular bandits’ attacks who would invade a single village kill the innocent in tens, twenties and hundreds in a day.

The governor’s major immediate concerns then became to address the issue of insecurity, improve the decaying education sector and work to provide employment to the teeming youth while other sectors were also being looked at the secondary level.

There is no doubt that the governor and his administration have so far made significant impacts in all yhe sectors of the state’s socio-economic being with the status of the state upgraded in ratings among other states of the federation.

When President Muhammadu Buhari was to attend the 76th Session of the high-level General Debate of the UN General Assembly at the UN headquarters in New York on Tuesday, Sept. 24, recently, he selected the Zamfara governor among other few governors on his entourage.

This quickly was translated by the people’s governor as an opportunity to look for high class foreign investors, partners and security experts who will assist the state in their respective areas of expertise.

On his return to the country and while inaugurating new appointees including the Secretary to the State Government, Alhaji Kabiru Balarabe, the new Head of Service, Alhaji Kabiru Gayari, 19 Commissioners, Special Advisers and Permanent Secretaries, the governor announced that many good things including employment opportunities, imroved education and agriculture will very soon come to the state following discussions and agreements arrived at during his recent foreign trip.

The foreign trip which took him to the USA, Turkey and Cuba was highly fruitful and will be to the benefit of the good people of Zamfara.

He stated that the trip which opened up more opportunities to explore more investment windows towards rebuilding the state’s economic potentials will be all inclusive to provide well grounded future for the state and the citizens.

Issues bordering on security and  well articulated positive discussions were roundly carried out with relevant stakeholders and partners which will ensure an unquantifiable
benefits in health care, farming and agro-business, information and communication technology, and skills acquisition.

The Shattiman Hausa was also able to secure study opportunities to indigenes of the state during his talks with the Cuban leader where beneficiaries will go and study in the fields of health, sciences and technology through a bilateral relations agreement.

While at a meeting with the Board of Directors of MAP International, discussions were held on medical health supplies, particularly for IDP camps, and the upgrade of medical equipment in the state’s public hospitals leading to the donation of five containers of hospital supplies to supplement the five that had already been donated to the State and in addition to other stakeholders who offered hospital beds and other medical health-related equipment to the state.

The trip also exposed the governor to meetings with Turkish Nigerian Business Congress along with some Nigerian Governors, where business discussions were held with over 20 companies willing to invest in the states while a memorandum of understanding (MoU) was signed between Zamfara State government and one of the investors to establish mineral resources and gold buying centre in the State as well as the signing of other MoUs to establish Tomato paste company, Yoghurt and bottling company and an Animal feeds company.

Similarly, on sercurity, the state is going to witness significant changes that will culminate into achieving full return of peace with the agreement  reached with a security company to provide first class drones with high altitude that could help access the hideouts of bandits and gather intelligence and other technics that will help in combating banditry in the State.

The employment indices will also receive a boost following an understanding and agreement with a company that specialises in fibre as alternative reimbursement material, aimed at substituting steel rods with rubber reinforcement, which is a more modern technology.

The Matawallen Maradun was able to secure the deployment of Wireless Internet Cloud for the Federal University, Gusau, and Abdu Gusau Polytechnic, Talata Mafara. The internet system is deployed as an intervention project to make communication network infrastructure and services more accessible.

All these were successfully achieved within the governor’s short stay during the Presidential visit for which the chalatants who have always remained in their confines and seeing nothing good in the Matawalle-led administration explored the gains of the visit to paint a black picture of the governor’s tour.

It is common knowledge that the president officially picks some state governors to accompany him most of the times he is travelling outside the shores of Nigeria but because the noise makers who failed the state especially the youth could not achieve so much throughout their long stay, their thinking is beclouded by envy and anger over why governor Matawalle should achoeve so much within such a short period of time in office.

As mentioned in the begining, Matawalle was God sent, anyone not happy with the development should channel his vexation up.