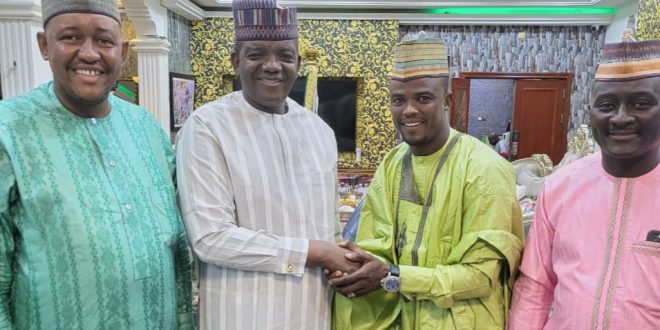 Five days after the former PDP Gusau ll House of Assembly candidate, Alhaji Ibrahim Mada  tore his certificate of return issued to him as the PDP candidate and defected to APC, his Talata Mafara North Counterpart has also joined  the wave of political tsunami sweeping off  PDP as their sponsored candidates  for State House of Assembly continue to exit the PDP to APC in the state. 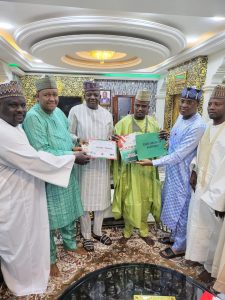 In a statement Signed by Yusuf Idris Gusau
APC Publicity Secretary Zamfara State and made available to news men revealed.
The  PDP candidate for Mafara North State House of Assembly, Hon. Umar Yahaya defected to the APC and abandoned his contest.
He was received by the Zamfara state APC leader and governor of the State, Hon. Dr. Bello Matawalle along with the State APC Chairman, Hon. Tukur Umar Danfulani today, at the governor’s residence in Gusau.
Umar Yahaya Said he took the decision to abandon his candidature under the PDP to join APC because of the crisis rocking his former party at all levels starting from National to the state.
He added that the PDP leadership is too dictatorial and not respecting the opinion and interest of members.
He described his former governorship candidate, Dauda Lawal Dare who was sacked by the Gusau Federal High Court as an amateur Abuja politician and not ready to listen or learn from the old hands.
Umar Yahaya maintained that Dauda is not accessible even to top party leaders in the state no matter the situation
He explained that all PDP members have started to realize that Dauda is not a person to defend on political or other issues, saying that a lot of PDP members will soon come and join the APC.
Welcoming him to the progressives fold, Governor Bello Matawalle said APC is a party  that accommodates all its members and assured him of equal opportunity with other members.
The governor commended his wise decision of joining the progressives in Zamfara state and urged him to Enlighten other members of his former party, PDP on the importance of joining hands to move Zamfara State forward.
Governor Matawalle further explained that his administration has done a lot in terms of security, infrastructure development, job creation and inclusive governornance.
The event was attended by the Senator Kabiru Garba Marafa and Hon. Abubakar S/Pawa Dambo among others
Share