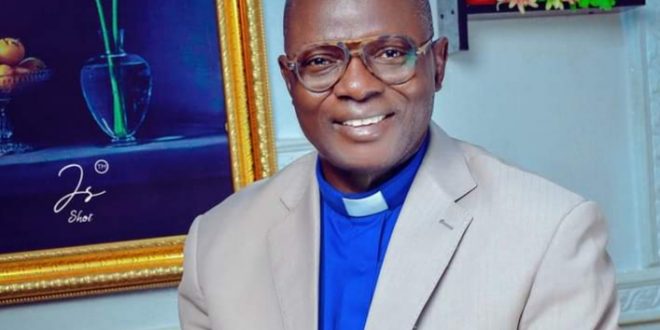 As Muslims round the world commence 30 days of Ramadan fast ,Top Nigerian Christian clerics felicitate with Muslims world wide and stressed the need for ceaseless prayers for peace and stability in the country,
Pastor Yohanna Buru, the general overseer of Christ evangelical and life intervention church kaduna, makes the call on Saturday in Kaduna while congratulating Muslims on the arrival of the holy month of Ramadan 2022
According to him, Ramadan is one of the pillars upon which Islam is built, whereby Muslims are called upon by Almighty Allah to observe 29 or 30 days of fasting.
He called on Muslims imams to used to 30 days of prayers and fasting for almighty God to bring an end to the insecurity challenged bedevilling peace stability in the entire country.
The Christian cleric pointed that the church cannot forget the annual donation by a Muslim women hajiya ramatu Tijjani for assisting the church widows  ,orphans with many humanitarian assistance.
Adding that she has been assisting the church for many years
While appealing to state and federal government to equally support the poor with free food in order to support the government through prayers for God to bring an end to all the massless killings,abductions and bandits attack across the 19northern states of the Norths.
He appealed to government to open up dialogue with the bandits  ,so as to tackle the rising insecurity issues affecting economics, education  ,agriculture and tourism
Similarly  revren John Joel of the same church wishes success to all Muslims all over the world as they commences 30 days prayers and fasting
While calling on youth to be more committed toward praying to God to open more doors of success towards realising there future dreams.
As 2023 election approaches, they called on Nigerian to elect credible leader that can help toward bringing development.
Renren Joel draw the attention of INEC to banned politician using thugs  during campaigns ,so as to reduce conflict  among rival groups during campaigns.
While calling on both Muslims and Christians clerics do double more effort which is toward spreading the interfaith relationship and religious tolerance
He ended up by congratulating Muslims on the arrival of the holy month. While urging them to pray to God to end Russian and Ukraine war
Share